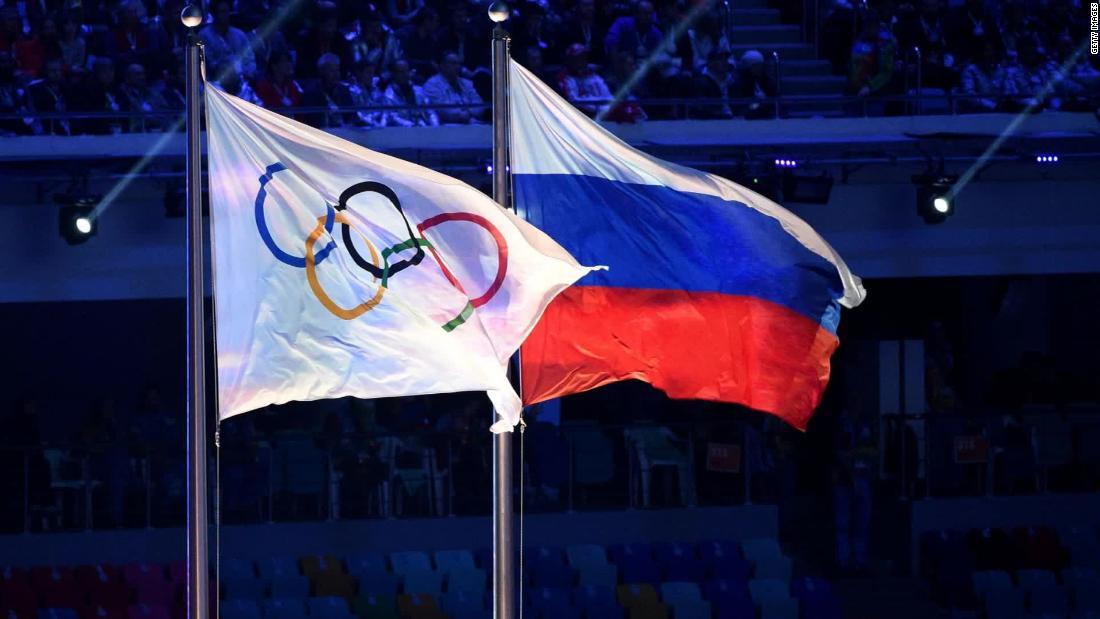 The original ban by the World Anti-Doping Agency for doping non-compliance was announced last year. An appeal to CAS has resulted in the ban being reduced to two years, it was announced Thursday.

The verdict means Russian athletes are unable to compete under their country’s name, flag and national anthem at major international sporting events until December 16, 2022.

“WADA is pleased to have won this landmark case,” said WADA President Witold Banka in a statement.

“We left no stone unturned in investigating this very complex matter and in presenting our case before CAS.

“The panel has clearly upheld our findings that the Russian authorities brazenly and illegally manipulated the Moscow Laboratory data in an effort to cover up an institutionalized doping scheme.

“In the face of continual resistance and denial from Russia, we clearly proved our case, in accordance with due process. In that regard, this ruling is an important moment for clean sport and athletes all over the world.”

In a statement, the Russian Anti-doping Agency (RUSADA) said: “Common sense has prevailed and the flawed attempt to continue the exclusion of Russian athletes from international sport has been overturned.

“This will help competitive sport as well as anti-doping efforts worldwide, since the concept of collective guilt in anti-doping can now be consigned to the dustbin of history.”

Russia’s punishment relates to inconsistencies in data retrieved by WADA in January 2019 from the Moscow lab at the center of the 2016 McLaren report, which uncovered a widespread and sophisticated state-sponsored doping network.

The Russian Anti-doping Agency (RUSADA) was deemed non-compliant after the publication of the report, which found that the Russian state had conspired with athletes and sporting officials to undertake a doping program that was unprecedented in its scale and ambition.

The report’s findings led to sanctions, which included no Russian team being represented at the 2018 Winter Olympics.

Under the current sanctions, Russian athletes will still be able to compete at major international events under a neutral flag if they can prove they have no link to the doping scheme.

On top of Russia being excluded from next year’s Olympics in Tokyo and the 2022 World Cup in Qatar, it will also miss the 2022 Winter Olympics in Beijing.

The ban reduction does mean Russia will still be able to host the 2023 Ice Hockey World Championship in St. Petersburg but will be prohibited from hosting other world championship level events while the ban is ongoing.

Travis Tygart, CEO of the US Anti-Doping Agency slammed what he called a “devastating” decision by CAS.

He said in a statement: “At this stage in this sordid Russian state-sponsored doping affair, now spanning close to a decade, there is no consolation in this weak, watered-down outcome.

“To once again escape a meaningful consequence proportional to the crimes, much less a real ban, is a catastrophic blow to clean athletes, the integrity of sport, and the rule of law.”

CAS said its sentence was a reflection of constraints in international law: “The consequences which the panel has decided to impose are not as extensive as those sought by WADA. This should not, however, be read as any validation of the conduct of RUSADA or the Russian authorities. In making its orders, the panel is limited by the powers granted under the applicable law, in particular the WADC and the ISCCS.”

“Despite overwhelming proof of corruption, doping fraud and obstruction of justice, including a brazen attempt to falsely incriminate Dr. Rodchenkov through fabricated evidence, CAS has once again proven itself unwilling and unable to meaningfully deal with systematic and long-standing criminality by Russia,” Walden said in a statement.

“To the millions of clean athletes who were or will be cheated by dirty Russian athletes as a result of today’s ruling, please know that stronger angels have emerged and that the Rodchenkov Anti-Doping Act now gives the US Department of Justice the power to step in to fill the void left by CAS, which consistently trivializes the longstanding and deeply rooted corruption by the Russian Federation.”