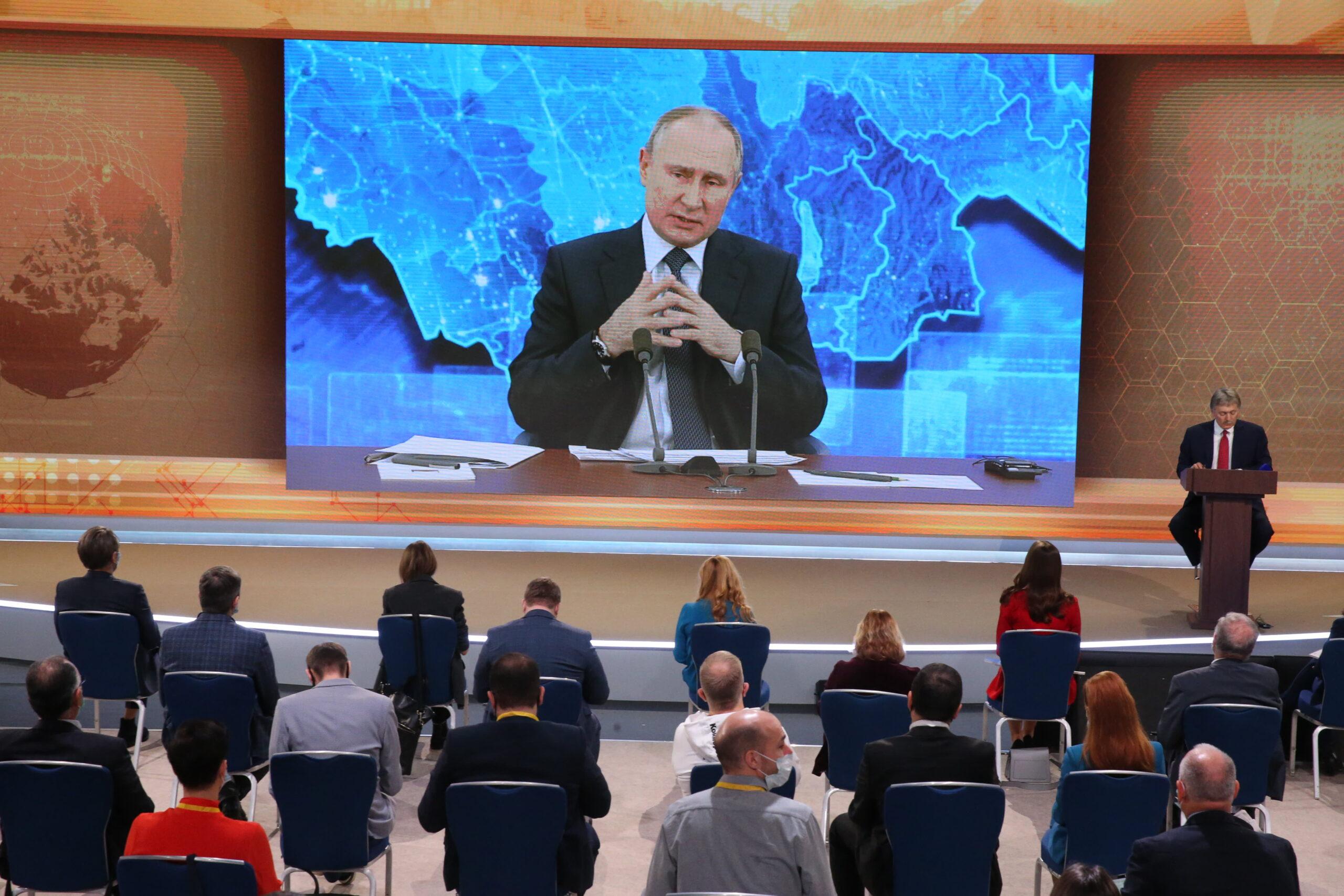 Russian President Vladimir Putin seen speaking on the screen during his annual press conference, on December 17, 2020, in Moscow, Russia.

Russia’s President Vladimir Putin called on the public to get the coronavirus vaccine but said he himself hasn’t gotten it yet.

Speaking at his annual December press conference Thursday, Putin encouraged Russians to take the vaccine, called “Sputnik V,” and said he would receive it as soon as he was able to.

“Our health care professionals say the vaccines … are meant for people of certain ages … people like me are not yet allowed to take vaccines. I am a law-abiding citizen and I always listen to what our health-care professionals say, therefore I haven’t been inoculated yet, but I will surely do that as soon as it is permitted.”

“Our vaccine is effective, and it’s safe, so I see no reason why we should be afraid of getting a shot,” he said, adding that Russia’s priority was to vaccinate its own citizens and that it would be building up its production capacity to do so.

Sputnik V has been tested on volunteers ages 18-60 and thus it is recommended only for people between in that age group. Because Putin is 68, he does not qualify.

The Russian Direct Investment Fund, which is backing Russia’s vaccine, said Thursday a separate trial is being carried out in the 60-plus age group to see if it’s “safe and efficient” for older people.

Vaccinating the elderly and especially those with underlying health needs is seen as a priority by most experts given that they are most vulnerable to dying from Covid-19. In the U.K., where the Pfizer-BioNTech vaccine is already being rolled out to the public, the elderly and health care workers are the first in line to receive it.

The Russian news agency Tass reported in October that the first group of volunteers ages 60 and older had been vaccinated with Russia’s Sputnik V, with the trial involving a total of 110 people.

The first group of volunteers had 28 members, including people with chronic conditions typical for the elderly, such as diabetes, hypertension and chronic renal insufficiency. The oldest person in the group was 82, Tass reported.

The chief researcher of Russia’s Central Clinical Hospital, Nikita Lomakin, who is heading the trials, was reported as saying that no negative reactions had been observed in the first group.

Later in October, the head of the Gamaleya Federal Research Center for Epidemiology and Microbiology said people over 60 will develop Covid antibodies after vaccination, but they may be less effective than those produced by younger people.