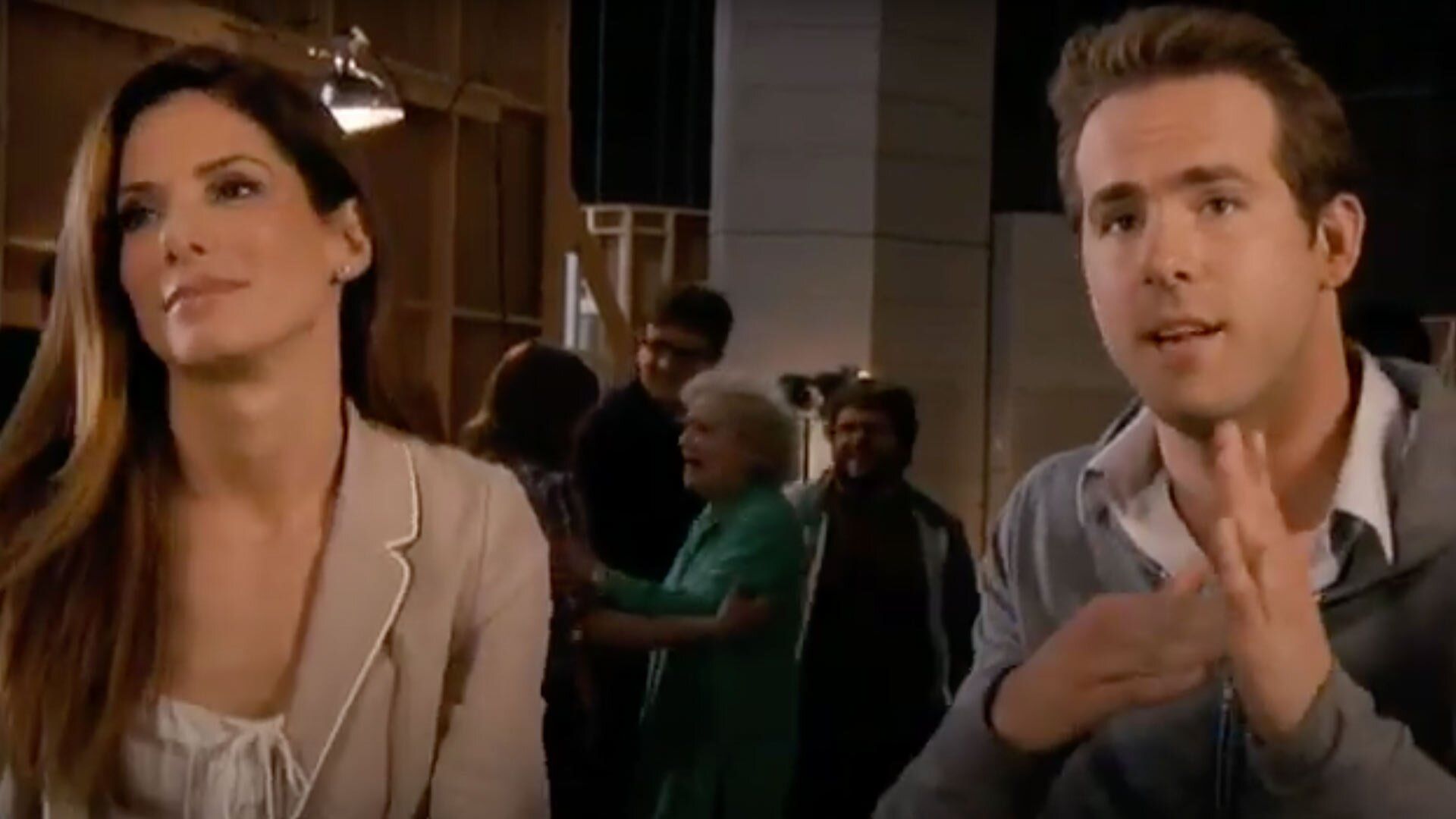 Ryan Reynolds is marking Betty White’s 99th birthday with one of their most prized shared possessions: humor.

The actor, 44, posted clips of a hilarious throwback video from the set of 2009’s The Proposal to his Instagram Story on Sunday, which showed himself and costar Sandra Bullock preparing to give viewers a behind-the-scenes look at the rom-com before White shows up and Reynolds starts to shut down in fear.

“What is Betty doing here? She’s got an issue with me,” Reynolds asks Bullock, 56, who says to him in part, “What is your problem with Betty? … She’s, like, the nicest person on the planet.”

Bullock then gets up to give a hug to White, who throws her arms around Bullock and enthuses, “Oh, there she is! How’s America’s sweetheart?”

“Hi Betty, how are you?” Reynolds asks White nervously after she comes over to sit next to him — and, plastering on a smile, The Golden Girls legend makes a stab at his name: “Brian!”

Never miss a story — sign up for PEOPLE’s free daily newsletter to stay up-to-date on the best of what PEOPLE has to offer, from juicy celebrity news to compelling human interest stories.

RELATED: Betty White Jokes About Her 99th Birthday: “I Can Stay Up as Late as I Want”

“Get me a cup of coffee,” White tells him, before Reynolds reminds her that he isn’t an assistant on set even though he plays one in the film, on which they’ve been working together for “months now.”

“Damn, you’ve been a terrible assistant that whole time,” White quips, laughing. “When Betty White says she wants a cup of coffee, you f—ing get her a cup of coffee. You ab-crunching jackass.”

Reynolds tells her that despite her seeming “like an adorable, sweet old lady on the outside,” what he sees “on the inside” is a “seething demon” — and adds before yelling it to the entire cast and crew on set, “Why don’t you suck a hot c—?”

Seemingly affronted, White stalks off toward the arms of Bullock, telling her, “All I said was, ‘He reminds me of my grandson,’ ” while giving Reynolds the bird out of Bullock’s view.

“We made this 12 years ago,” Reynolds wrote on his Instagram Story. “Betty turns 99 today. But she is 100 [percent] the funniest person on the planet.”

Reynolds has made it a point to shout out White every year on her birthday. Last year, he and Bullock teamed up to sing “Happy Birthday” to White — with a few changes, jokingly competing for who loves the legendary actress and comedian the most.

AfterÂ paying tribute to WhiteÂ with aÂ Deadpool-themedÂ birthday message in 2018, the following year, the actor shared aÂ photo of the pairÂ with a playful caption as she turned 97.

Of her milestone birthday, White recently told PEOPLE, “I am blessed with good health, so turning 99 is no different than turning 98.”

One thing that keeps her going? “A sense of humor,” she added. “Don’t take yourself too seriously. You can lie to others — not that I would — but you cannot lie to yourself.”