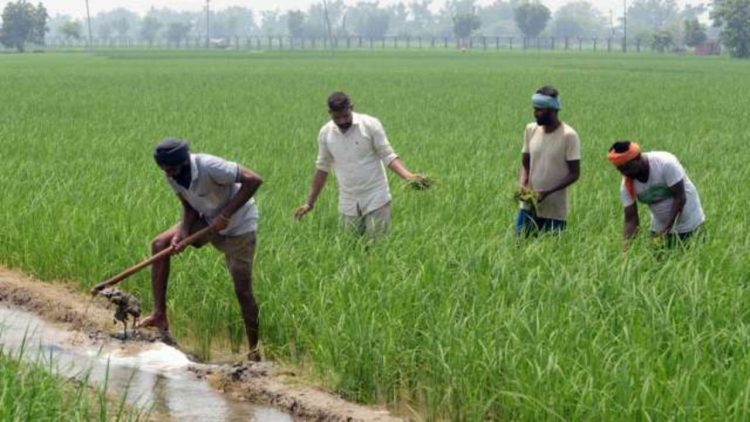 In a startling revelation, the Telangana government has declared that since the new state was formed in 2014 to till date, the state government has incurred huge losses by giving MSP (Minimum Support Price) to farmers the tune of staggering Rs 7,500 crore.

This effectively means the number of acres is multiplied by Rs 5000 each per acre.

The CM has instructed the officials concerned to ensure that every farmer gets assistance in his bank account directly for each acre.

On the other hand, an extensive discussion took place at the review meeting on purchase of various crops, regulated farming policy, sale and purchase of agricultural produce in the markets, responsibilities of the Rythu Bandhu Samithies, utilisation of Rythu Vedikas, keeping the required seed and fertilisers in adequate quantity available on time, transfer of the required technical knowledge to the farmers and other related issues.

Interestingly, the officials present in the meeting informed that since the Telangana State formation, the government had incurred heavy losses due to purchase of various crops till date to the tune of Rs 7,500 Crore due to the purchase of Paddy, Sorghum, Maize, Redgram, Bengal Gram and sunflower. Though the government had purchased these agriculture produce by paying the Minimum Support Price (MSP), it had to sell them at the lower prices in the market, as there was no demand for these crops.

Besides this, wages paid to Hamalis, and other administrative expenses, the total loss is Rs 7,500 Crore, the officials explained.

Sounding yet another alarm, the top officials of various departments said in clear terms that they will not be able to set up “purchase centres” of crops in the villages from next year.

“Due to the Corona pandemic, the government had set up purchasing centres in the village itself and purchased the agriculture produce on a humanitarian consideration that farmers should not suffer losses. It is not possible to do the same thing every time. The government is not a business organisation or trader. It is not a rice miller or a Dal miller. Sale and purchase is not the responsibility of the government. It is not possible to set up a purchase centre in the village from next year onwards. The new Farm Laws being implemented in the country allowed the farmers to sell their crops anywhere. Hence, the state government need not set the purchase centre in the villages and as there is no need. But sale and purchase at the Agriculture markets should be done properly. Farmers should not get their produce at one time to the markets instead they should get them in a phased manner and on turns. Rythu Bandhu Samithies, Marketing Committees, Agriculture extension officers should work in coordination and decided which village produces should come to market on which day. Issue tokens accordingly. It will be convenient for the farmers to get their produce on the appointed day. Implement this policy strictly,” the officials at the review meeting unanimously stated.

On one hand, farmers in north India are fighting on the MSP issue and the NDA government is repeatedly assuring them it will not do away with MSP. However, in today’s meeting in Telangana Chief Minister’s official residence, disturbing signals were sent out to the farmers in the state.

“Rythu Vedikas” ( farmers’ platforms ) are being constructed all over the State. Farmers and officers should meet regularly at the Vedikas. They should discuss and decided on which crops they should be cultivated based on the market conditions. They have to formulate strategies from time to time on how to get the MSP. Henceforth, it is better if the State government stops advising the farmers on what crops they should cultivate and where? The government should forthwith stop issuing guidelines on the crops to be cultivated. There is no need for the Regulatory Farming policy. Farmers should decide by themselves what crops they should cultivate. They should sell their produce wherever it gets a more price,” the officials opined.