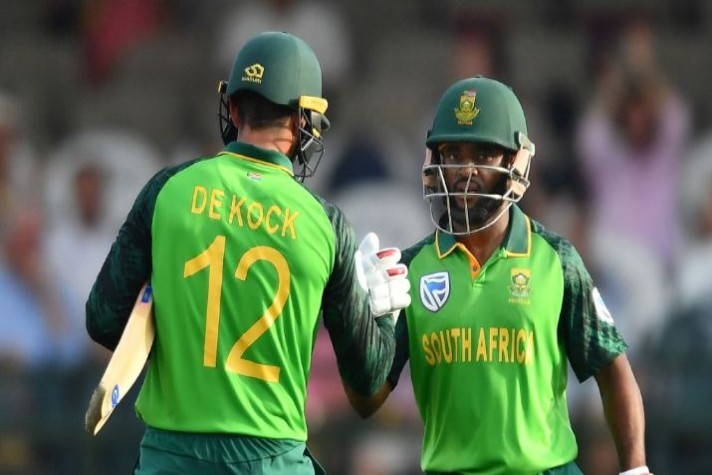 SA vs PAK 1st ODI Live: How to watch South Africa vs Pakistan 1st ODI live Streaming in your country, India – It is the start of a new era in South African cricket as Temba Bavuma takes the reins of the ODI team and faces Pakistan as his first opponents in a 3-match ODI series. Pakistan are an unpredictable side and the Proteas will have to be careful not to take them lightly – Follow SA vs PAK 1st ODI LIVE Updates only on InsideSport.co

How do I watch live streaming of South Africa vs Pakistan ODI Series?

Where will South Africa vs Pakistan 2021 ODI Series be held?

When will the South Africa vs Pakistan ODI Series Start?

What are the venues for South Africa vs Pakistan ODI Series? – Venue

South Africa vs Pakistan ODI series would be played at Centurion and Johannesburg.

SA vs PAK 1st ODI: South Africa suffered a horrible World Cup campaign in 2019 and are looking to rebuild for the 2023 edition. They would like Bavuma to be their long-term captain and not a stop-gap arrangement like Quinton de Kock. But they still have a side that needs to fully settle down. Still, playing at home, against Pakistan, they are the favorites.

With the burden of captaincy off his shoulders, de Kock can now focus on playing the sort of innings he is known for at the top of the order. However, pressure will be on Bavuma to prove that he can qualify as a batsman in the ODI team.

What would work in favour of South Africa is the presence of bowlers such as Lungi Ngidi and Kagiso Rabada. The spin department though would be under focus with the likes of Keshav Maharaj and Tabraiz Shamsi in contention.

For Pakistan, the main focus would be their talismanic batsman Babar Azam. Imam-ul-Haq is also a key player and has a hundred under his belt in South Africa. Mohammad Rizwan too has emerged as a very reliable player in recent times.

The pace battery would be led by Shaheen Shah Afridi who has matured a lot in recent times. Shadab Khan may be useful too with his googlies.