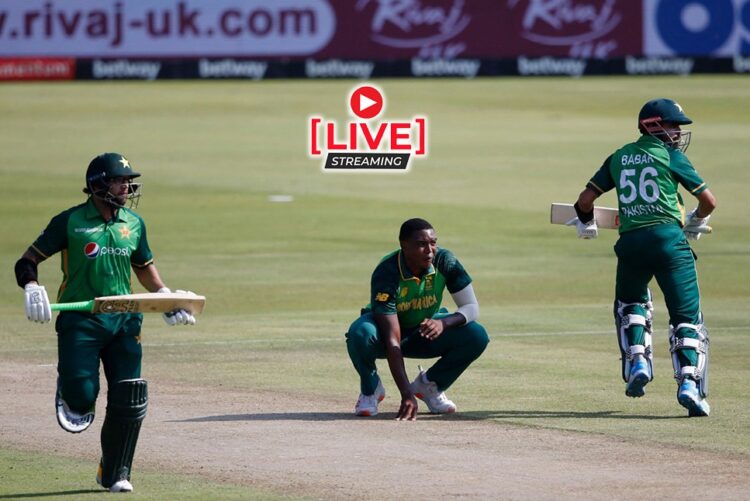 Aiden Markram and Quinton de Kock opened for South Africa. While the duo started slowly, de Kock soon got back into his rhythm as took on Shaheen Afridi. However, two wickets in one over from Afridi put the hosts on the backfoot. Both openers — Aiden Markram and Quinton de Kock were dismissed in the 7th over. New skipper Temba Bavuma soon followed as he departed in the next over, leaving South Africa rattling at 43/3.

While Henrich Klassen and Rassie van der Dussen tried their bit, the former was dismissed by Faheem Ashraf in the 15th over. Then on, Dussen and David Miller went on the rebuilding act. The duo’s 116-run partnership for the fifth wicket helped South Africa steady the ship after early blows. Dussen brought up his maiden international century off 122 balls while Miller was dismissed for 50. In the end, South Africa posted 273/6 in 50 overs.

During the chase, Pakistan lost an early wicket in Fakhar Zaman who was bowled out by Kagiso Rabada in the third over. However, Pakistan captain Babar Azam and opener Imam ul Haq steadied the ship with an unbeaten century stand.

Aiden Markram is likely to open the batting with Quinton de Kock in his first white-ball international since the 2019 World Cup, while Bavuma will come at No. 3 in his first match as South Africa’s captain.

Andile Phehlukwayo, who hasn’t played since injuring his back while bowling for the Dolphins on February 19, was passed fit on Thursday but looks unlikely to feature on Friday.

Meanwhile, for Pakistan, all-rounder Danish Azam will make his international debut in the middle order. Azam said on Thursday that all his players were good to go, but it seems Hasan Ali could be given more time to regain his match fitness after recovering from COVID.

Which TV channels will South Africa vs Pakistan broadcast?

South Africa vs Pakistan will be telecast on the Star Sports Network. The leading Indian Broadcaster has made arrangements to broadcast the games in multiple languages and on multiple network channels.