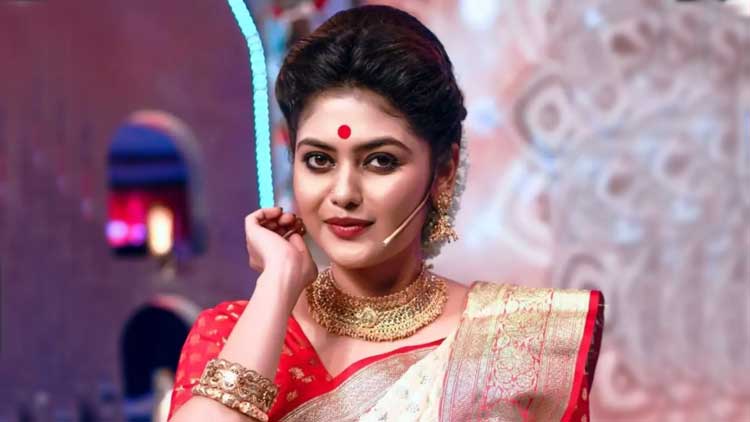 Women of the new era, Saayoni Ghosh is appointed as a president of the All India Trinamool Youth Congress on Saturday 5th June. For a woman to reach this position is an appreciable task.

Saayoni Ghosh is a Bengali actress who participated in the 2021 Assembly Elections from the Asansol south Constituency and defeated the BJP’S Agnimitra Paul by a margin of under 4500 votes.

The actress said, “This is the first time in my career that I was offered but refused two films without even reading the scripts.

Since acting is in my blood, I will act if I am given an offer that I can’t refuse. Currently I will give my 120% to politics and Mamta Banerjee.”

Saayoni is a very popular and talented Bengali actress who has given a many colours of acting characters which stuck to our hearts that made her one of the popular actresses.

Saayoni belongs to an aristocratic family in Kolkata. A 28 years old actress was born on 27th January 1993. She lives in Kolkata with her parents. Her father’s name is Samar Ghosh and mother is Sudipa Ghosh. She had an elder brother but unfortunately she lost her in an accident in Goa in her earlier days.

Actress has completed her graduation degree from Kolkata University and her schooling was from Hitendra Leela Patrnavis school in Kolkata. Also she is unmarried and hasn’t mentioned any relationship.

Her social media links are given here :

Saayoni has done a very remarkable work in many movies

She had done some TV Shows also successfully. Here is list of Saayoni Ghosh‘s Shows

Former Tripura Governor Tathagata Roy had filed the police complaint on Jan 16 2021 against actress Saayoni Ghosh for sharing an image of Hindu deity and hurting Hindu sentiments. Responding to Tathagata Roy, she said that the alleged post was uploaded in 2015 without her knowledge. She deleted the post immediately and heavily criticized it, the moment she was made aware of that post.

7) In 2013, Saayoni also co-hosted the Kolkata Football League and in 2014 for Jalsha movies during live telecast.