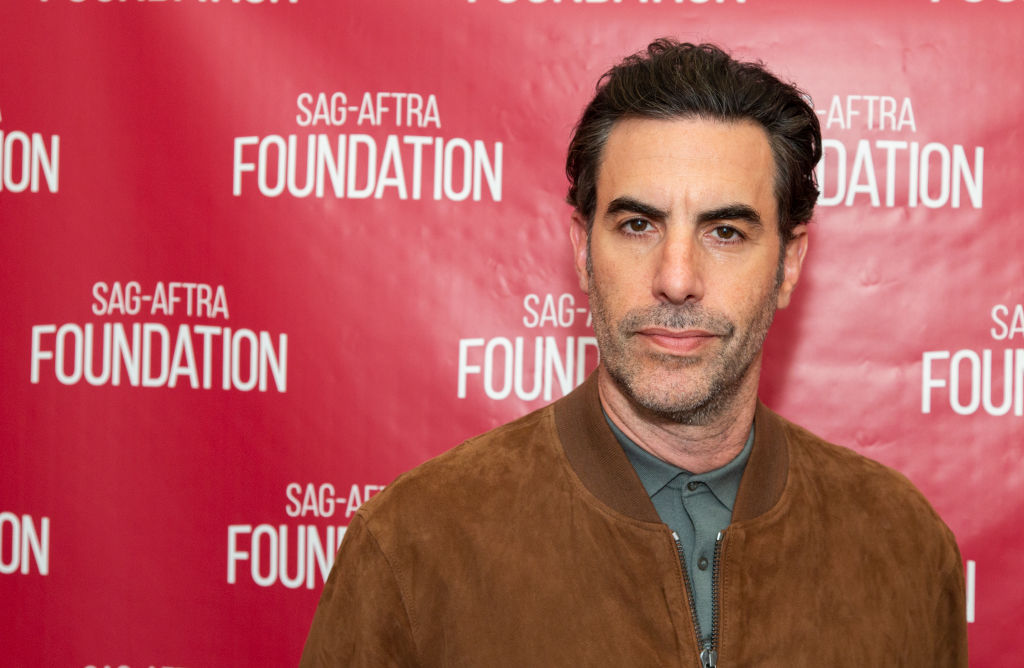 Of course, Sacha Baron Cohen made a joke when he reacted to his Golden Globe nominations on Wednesday.

The star, writer and producer behind Borat Subsequent Moviefilm was recognized in the acting category for his work in that role. The Borat sequel is also one of the nominees in the Best Motion Picture, Musical or Comedy category. His turn in a very different movie, Aaron Sorkin’s The Trial of the Chicago 7, earned him a third nod, this one for Best Supporting Actor.

His response: “I’m overwhelmed and humbled that the Hollywood Foreign Press has recognized both The Trial of the Chicago 7 and Borat Subsequent Moviefilm. These nominations are a tribute to the talented creative teams that led and supported both films from inception to this moment.

“I especially want to congratulate the visionary of Chicago 7, Aaron Sorkin, and Borats’ Tutar, the incredible Maria Bakalova. These two films are different, but they share a common theme — sometimes we have to protest injustice with our own farce. Thank you to the [Hollywood Foreign Press Association] for this ridiculous amount of nominations. I’m so honored — and in the event that we don’t win, I promise to hire Rudy Giuliani to contest the results.”

The former New York City mayor-turned-lawyer for former President Trump infamously appeared in Borat, where he had a drink in his hotel room with Bulgarian actress Maria Bakalova. In the scene, Bakalova was posing as a reporter, who also happens to be the daughter of Cohen’s journalist from Kazakhstan. The audience can see Giuliani lying on the bed, patting Bakalova on the waist and reaching inside his pants before Borat bursts into the room.

Giuliani, who’s best known these days for contesting the results of the presidential election without evidence, has insisted that he was simply tucking his shirt into his pants after his microphone was removed.

As for Cohen, he’s woken up to Golden Globe nods the past two years: Best Actor for the Netflix series The Spy in 2020 and, in 2019, Best Actor in a TV Comedy for Who Is America? on Showtime. In 2007, he won the trophy for Best Actor in a Comedy Film for the original Borat.