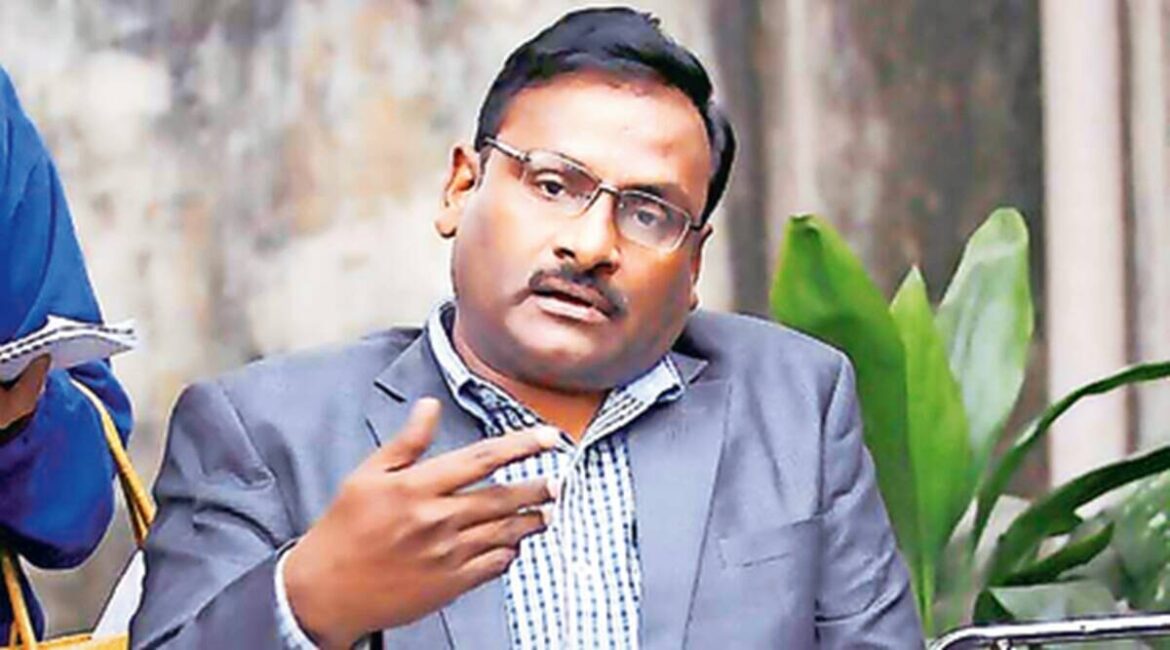 Delhi’s Ram Lal Anand College terminated services of Assistant Professor G N Saibaba who is currently serving a life sentence in Nagpur Jail after being convicted for “Maoist links” in 2017.

Saibaba, who joined the college in 2003, was an Assistant Professor of English. Ever since his suspension in 2014, when he was arrested by the Maharashtra Police, his wife and daughter have received half of his salary. With even that gone, Saibaba’s wife Vasantha said the family would face financial hardship.

“We will definitely challenge his termination in court. Our appeal is pending in the Bombay High Court challenging his conviction and sentence. The matter is sub-judice. Yet they have taken this decision,” she said.

In a “memorandum” on March 31, Principal Rakesh Kumar Gupta wrote: “The services of Dr. G N Saibaba, Assistant Professor, Ram Lal Anand College are terminated with immediate effect from the afternoon of March 31, 2021. Three months’ salary has been paid in his Savings Bank Account.”

Vasantha said she received the document by post on Thursday. “We had received a show cause notice in 2019, but we had asked them for time since we needed to consult Saibaba. We have not even had a chance to meet him for the last year…” she said.

Vasantha said the family was using Saibaba’s salary to pay off their loans. While Vasantha is a homemaker, her daughter is pursuing MPhil from Jamia Millia Islamia.

Delhi University teacher Nandita Narain from the Committee for the Defence and Release for Saibaba said: “In the case of SAR Geelani (who was convicted in connection with the Parliament attack case), his services were suspended, not terminated. When he got exonerated, he was able to join work again…” she said. A college official said if Saibaba’s conviction is overturned at some point, the college would abide by the court’s decision.