Home EntertainmentBollywood Saiee Manjrekar to have a small but significant role in Antim: The Final Truth

Saiee Manjrekar to have a small but significant role in Antim: The Final Truth 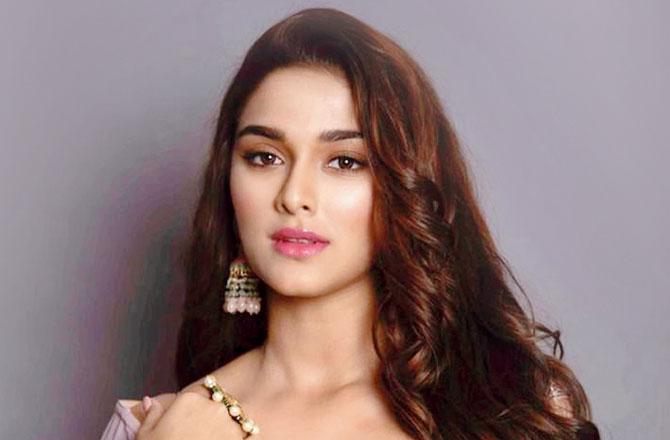 Salman Khan reunites with Dabangg 3 (2019) co-star Saiee Manjrekar in Antim: The Final Truth. She will be seen in a short, but significant role in the gangster drama helmed by father Mahesh Manjrekar. Sources say that her scenes are with the superstar.

Saiee is looking forward to team up with Khan exactly a year after the release of Dabangg 3 last December. The film also stars Sallu’s brother-in-law Aayush Sharma. The project is turning out to be quite a family affair. Manjrekar’s son, Satya, is one of the assistant directors, and elder daughter, Ashwami, who is a chef, is the caterer.

The film went on floors on November 16 in Pune, with Aayush Sharma playing the lead. The film is an adaptation of the Marathi crime drama ‘ Mulshi Pattern’ which was released in 2018 and received a lot of appreciation for its intense storyline. Recently, the first look of Salman Khan from the film was released. Buzz is that telly actor Mahima Makwana, who featured in Sapne Suhane Ladakpan Ke and Rishton Ka Chakravyuh, will feature opposite Sharma. Some outsiders are welcome too.

Saiee will next be seen in Major, the biopic of the 26/11 martyr, Major Sandeep Unnikrishnan. The film stars Adivi Sesh in the title role and actress Sobhita Dhulipala is playing an important part in the film.