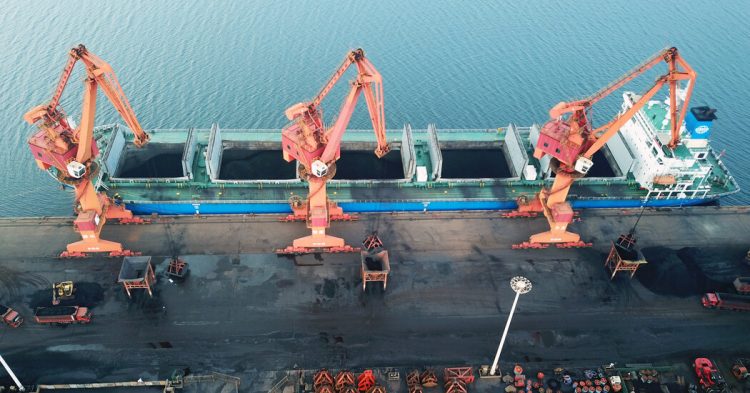 On the other end of the chain are the buyers for the Australian coal on the Jag Anand: the Chinese company Tangshan Baichi Trading. It bought the cargo from an Australian supplier, Anglo American. When contacted, Great Eastern Shipping and Cargill said the buyer was ultimately responsible for deciding if the Jag Anand could move away from the Jingtang port.

“It’s local law that you have to get approval from the port authority to leave, and one of the conditions of that is that you need approval from the receiver,” said Jan Dieleman, president of Cargill’s ocean transport business. He noted that the receiver could have sold the cargo to others, further complicating the approval process.

The Anastasia is in a similar situation. It flies the Panamanian flag but is owned by Mediterranean Shipping from Switzerland, which chartered out the ship to Jiangsu Steamship, a Chinese company, officials said. The intended receiver of its coal is E-Commodities Holding, incorporated in the British Virgin Islands and listed on the Hong Kong Stock Exchange.

Each company in the chain said it communicated only with one or two other parties it directly dealt with, and they often said they were unclear about the names of others involved. It’s a deliberately convoluted system, according to Dean Summers of the Maritime Union of Australia.

“Everyone points to the person next to them, and no one takes responsibility,” he said.

A week ago, when China’s state-owned Global Times reported that China’s National Development and Reform Commission had given approval for 10 major power enterprises to import coal “without clearance restrictions, except for Australia,” many in Australia interpreted it as formalizing China’s unofficial ban. (The Global Times article has since been deleted from its website.)