Home EntertainmentBollywood Saiyami Kher: 2020 has been unkind, but showed me success

Saiyami Kher: 2020 has been unkind, but showed me success 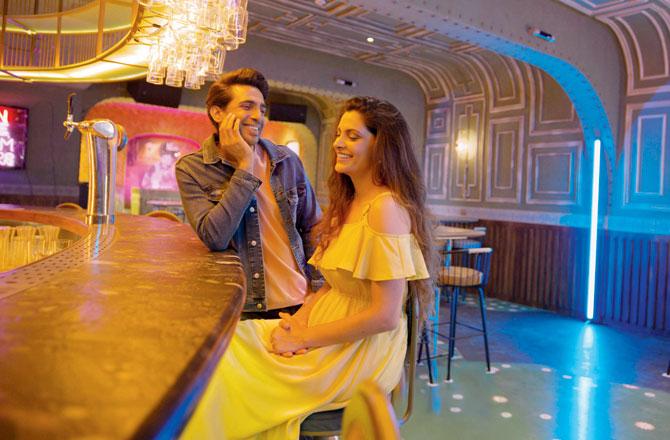 Having spent most of the lockdown in Nashik with family members who were “paranoid” about the Coronavirus, Saiyami Kher ironically found herself playing a frontline warrior in Raj-DK’s short film in the Amazon Prime Video anthology, Unpaused. Titled Glitch, the film is set in a dystopian future where a vaccine has yet to be developed against the virus.

“Working on this brought me back to life. Raj and DK called me at the last minute. I love their work, so the call was enough to make me fall off the bed,” laughs the actor, whose character falls in love with a hypochondriac who has cut off from the outside world for the fear of contracting the virus.
As much as she admires the director duo’s work, Kher says the bigger draw was to portray a hearing- and speech-impaired character. “Last year, Roshan [Mathew, Choked co-star] and I were talking about playing such a character, and the universe made it happen. Ideally, I wish I had more time to learn the sign language, but how could I let the opportunity go? My school friends helped me prepare while we were driving down to Mumbai for the shoot.”

Also Read: Saiyami Kher: I have never got things easily

Kher has had a good year, winning acclaim for her performances in Special Ops, Choked, Breathe: Into the Shadows, and now, Unpaused. Working with the likes of Raj-DK and Anurag Kashyap has assured her of her abilities. “Raj-DK are sensible filmmakers who say pointed [truths] in the garb of humour. They’re similar to Neeraj Pandey [Special Ops director] in being non-dramatic on set. They know exactly what they are looking for, with an eye on the edit. The year 2020 has been unkind to all of us, but it has shown me success like never before.”