Home EntertainmentBollywood Saiyami Kher: “After Mirzya, Filmmakers Decided To Go Ahead With Someone Else Who Was Commercially More Successful”

Saiyami Kher: “After Mirzya, Filmmakers Decided To Go Ahead With Someone Else Who Was Commercially More Successful” 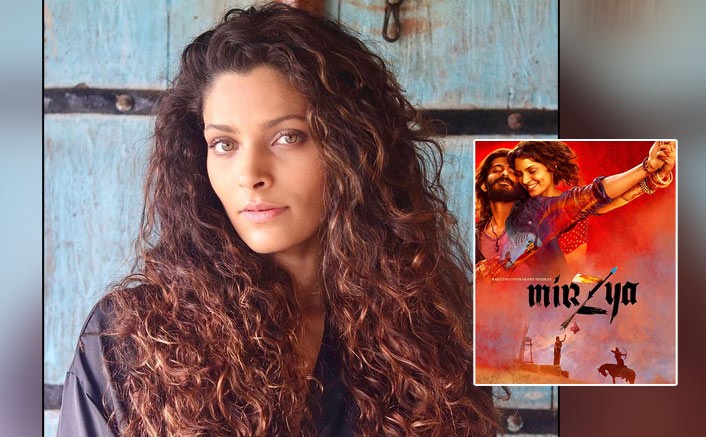 A lot of people in the entertainment industry don’t make it after their first assignment fails to impress the audiences and box office. Saiyami Kher who debuted with Rakeysh Omprakash Mehra’s Miryza in 2016 opposite Harshvardhan Kapoor didn’t perform as well as was expected.

Saiyami was recently seen in Anurag Kashyap’s OTT release Choked and her performance outshined in the film.

Saiyami Kher along with Bollywood has been working in regional cinema too including Marathi. In a conversation with Hindustan Times, the actress spoke about the shift and said, “It happened organically. When I started off, I didn’t know anything at all. The first step was going to school and learning the basics of being in front of the camera. After long tedious three years of auditioning, Mirzya happened. That too was a six-month auditioning process. Unfortunately, it didn’t do well at the box office.”

The Mirzya actress also got replaced later after her debut film failed to impress the audiences and said, “I had signed a few other films with big filmmakers, but after Mirzya, they decided to go ahead with someone else, who was commercially more successful.”

But this didn’t stop Saiyami Kher to put in efforts and she continued to give her hundred percent, no matter what. The actress starred opposite Riteish Deshmukh in his superhit film, Mauli and did web-shows like Special OPS and Breathe: Into The Shadows.

Talking about collaborating with Anurag Kashyap, the Mirzya actress revealed that before Choked they planned to work together on a different project and said, “After Mirzya, Anurag said to me he wants to do a film with me, and sent a script. I was very excited, but it never took off. I was also doing a Tamil film and had done workshops, that also never took off. It was a low phase, my film hadn’t worked, and the few things I signed, went. Mauli was exciting… a hardcore commercial film, and at the same time, the girl had a lot to do. It helped me break my glam image that was created after Mirzya. Things started moving a bit after that.”

What are your thoughts on Saiyami Kher’s dedication to keeping working in the film industry? Tell us in the comments below.