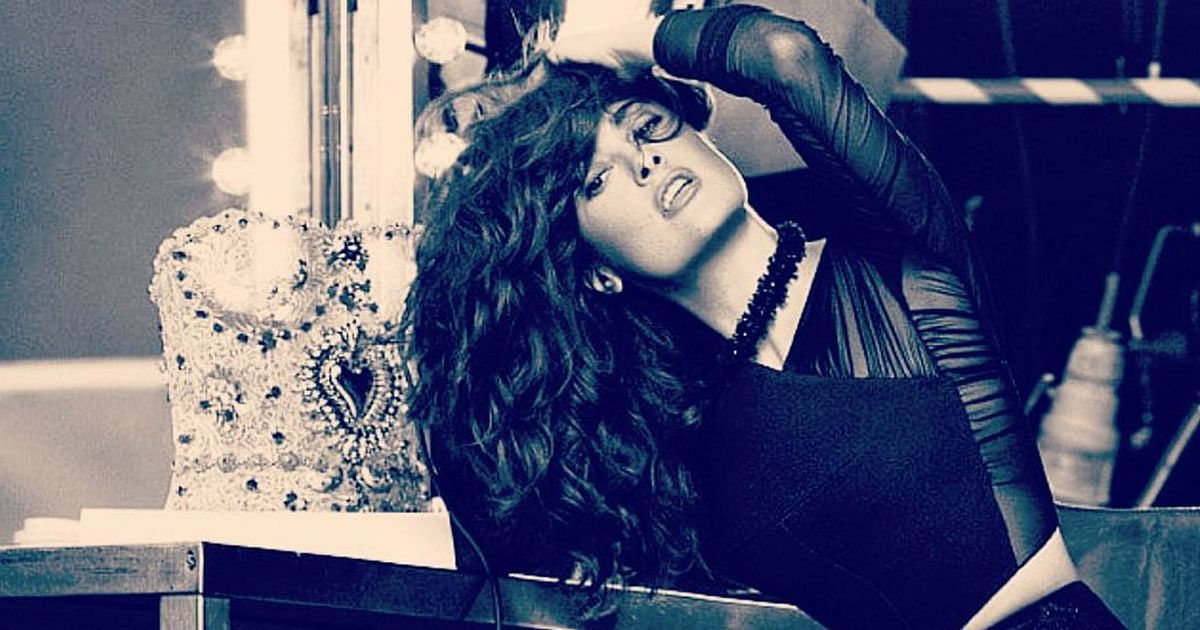 Salma posted the monochrome picture on Instagram. In the image, she is seen sitting on a chair dressed in a black mesh crop top paired with a fitted short skirt. To complete the sexy look, Salma paired the outfit with pointy stilettos.

The film is about beings with superpowers called The Celestials, and their villainous adversaries, The Deviants, in a war set millions of years ago.

Meanwhile, Salma Hayek has joined the viral meme fest on US Senator Bernie Sanders posting Instagram pictures where she is seen playing in the snow with her owl and her dogs.

In the backdrop, a picture of Senator Sanders can be seen.

“It snowed in London, I ran out to play with my dogs and my owl and guess who showed up… #berniesanders,” the actress wrote as the caption.