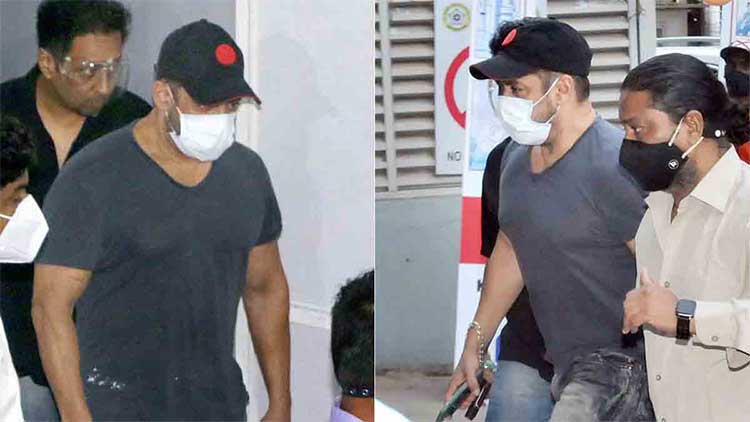 Superstar Salman Khan along with his younger brother Sohail Khan received their second dose of the COVID-19 vaccine. The brother duo was spotted at the vaccination centre in Mumbai’s Dadar.

Salman Khan, who earlier received his first dose, stepped out amidst of lockdown to get his second dose. The actor was seen sporting his usual styled attire, Tee-shirt and jeans. He was properly masked and accompanied by his entourage.

Salman Khan had received the first dose of the COVID-19 vaccine in March. He was pictured entering Mumbai’s Lilavati Hospital. After taking his first shot, the actor had shared the update with his fans on Twitter. “Took my first dose of vaccine today,” he wrote on Twitter.

Sohail Khan also got his second dose, the actor-producer, accompanied his brother. He was dressed in gym gear.

Meanwhile on the work front, Salman starrer Radhe was released on OTT platform Zee5 on May 13, which is co-produced by Sohail Khan. The film has received mixed response from both viewers as well as critics.

X
Happy ’37th Birthday in Cinema’ Anupam Kher…GossipsYesterday, actor Anupam Kher shared a video with his fans where he showed the opening titles of his debut film 'Saaransh'.The actor told everyone that…
close