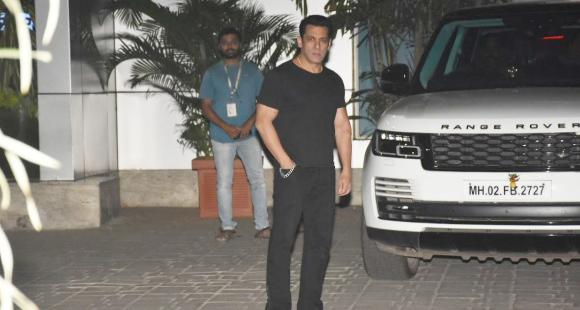 Shah Rukh Khan is making his comeback with the upcoming film Pathan. While there have been speculations that Salman Khan will be doing a cameo in the spy thriller, the superstar has finally confirmed the same.

Today’s episode of Bigg Boss 14 has made all those happy who have been waiting to hear from Salman Khan about his cameo in Shah Rukh Khan’s starrer Pathan. Reportedly, the Sultan star will be making a special appearance in SRK’s comeback film. While the reports of the same have been doing the rounds for a while now, Salman recently confirmed that he will soon begin working on the Siddharth Anand’s directorial.

In tonight’s episode of Weekend Ka Vaar, while confirming the same Salman said, “Life goes on and the show goes on. After this show ends, I will move to Pathan, Tiger 3,  Eid, and Diwali. And in the period of eight months, the Bigg Boss season 15 will come up.” As per the latest buzz, it is said that Salman will be seen as Tiger in the movie after which the storyline will be carried over in Tiger 3.

Previously, Pinkvilla had exclusively learned that Pathan will be shot inside Burj Khalifa. A source close to the development told us, “The idea is to go one notch above what’s already done so far. Apart from Mission Impossible and Fast and Furious franchise, not many films have been shot inside Burj Khalifa, and Pathan will be among the first few Indian films (probably the first) to have actual visuals of the tower from inside. A big scale action scene centered around Burj Khalifa is in the offing from the team of Pathan.”