Home EntertainmentGossips Salman Khan plans to wrap up Antim by mid Feb; Moves on to Tiger 3 from March

Salman Khan plans to wrap up Antim by mid Feb; Moves on to Tiger 3 from March 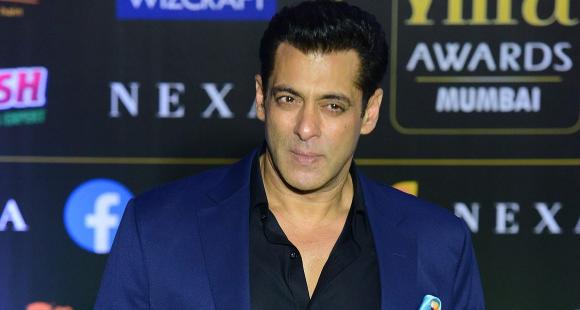 Salman Khan is all set to wrap up the Mahesh Manjrekar directed Antim in February and then move on to Tiger 3 with Katrina Kaif from March. A detailed report

Salman Khan plans to wrap up Antim by mid Feb; Moves on to Tiger 3 from March

Putting all rumours to rest, Salman Khan took to the social media yesterday to inform that his action thriller, Radhe, will release only in the cinema during the Eid 2021 weekend. He became the first A-List superstar to officially announce the release date of his film, and many more announcements are expected in the next 10-days from the Bollywood producers. Pinkvilla has learnt that the actor is all set to complete his second film in the midst of pandemic, the Mahesh Manjrekar directed gangster drama, Antim: The Final Truth, which pits him alongside Aayush Sharma.

“Salman, Aayush, Mahesh and the entire gang of Antim has been shooting in Panchgani for the last few days and will wrap up this schedule tonight. This would be followed by a final stint in Mumbai, and then move onto the post production stage by end of February. The idea is to get the film ready for a release in the third quarter of 2021,” revealed a source close to the development. While the core premise of the film is based on the Marathi hit, Mulshi Pattern, with Aayush Sharma as a gangster and Salman Khan as a cop, set against the backdrop of land mafia, the makers have reworked on the premise to make it a clash of two characters standing by their ideals.

After wrapping up Antim, Salman will start shooting for the much-awaited Tiger franchise from March. “It’s the biggest and costliest action film of Bollywood, and Salman has allotted bulk dates to Aditya Chopra. If everything goes as planned and the pandemic does not act as a spoilt sport, he will be shooting for Tiger 3 from March till September,” the source informed and further added that Maneesh Sharma has already started his prep for the film, including the location scout, action design and other technical aspects. The film marks the return of Salman as Tiger aka. Avinash Singh Rathore and Katrina Kaif as Zoya.

Salman will also be shooting with Shah Rukh Khan for the Siddharth Anand directed Pathan, which is produced by Aditya Chopra. However, the timelines of his shoot are still being worked upon. He has 12 to 14 days of work on the film, which includes a massive action scene. Stay tuned for more updates.