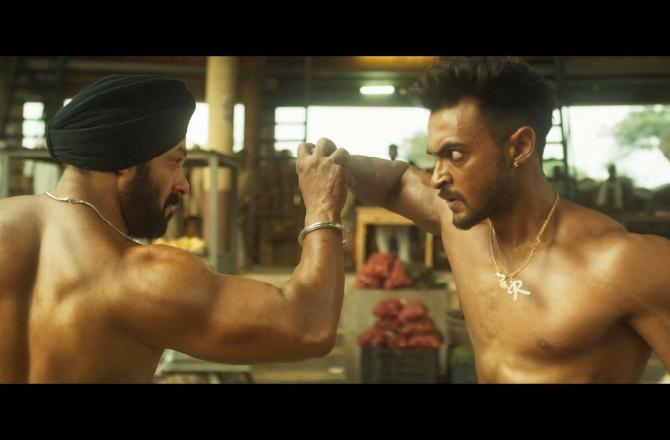 Antim – The Final Truth is a Salman Khan Films Production which marks the first ever onscreen collaboration between Salman Khan and Aayush Sharma where the two play the lead roles. The film is being helmed by Mahesh Manjrekar and ever since Aayush shared Salman Khan’s first look, buzz around Antim has been tremendous.

In his first look, Salman was seen in a full fledged sikh avatar and impressed everyone with his characteristic swag, charisma and commanding screen presence. Aayush had revealed Salman’s look with caption “Antim Begins.. #BhaisAntimFirstLook #AntimTheFinalTruth @beingsalmankhan (sic)”.

And now, Salman has shared the first look of Aayush with a video, which also gives a glimpse into the vibe of Antim – The final truth.

Aayush has undergone impressive transformtion for this intense role which is bound to leave the audience stunned. Donning a never seen before avatar, Aayush is here to impress the audiences looking hotter and fitter than ever.

Salman Khan had earlier shared, “I am looking forward to Antim. Being back on sets after a good long break because of the lockdown. The audiences will surely enjoy this film, a universe is being created like never before.”

Salman and Aayush not only look sizzling hot, but the glimpse into the raw and gritty action has upped the excitement. Their onscreen collaboration is among the most highly anticipated ones and audience have their eyes set on more developments and updates from the film.

Also Read: Saiee Manjrekar To Have A Small But Significant Role In Antim: The Final Truth