Salman Khan’s Radhe Has A Shah Rukh Khan & Ajay Devgn Connect Which No One Saw Coming! 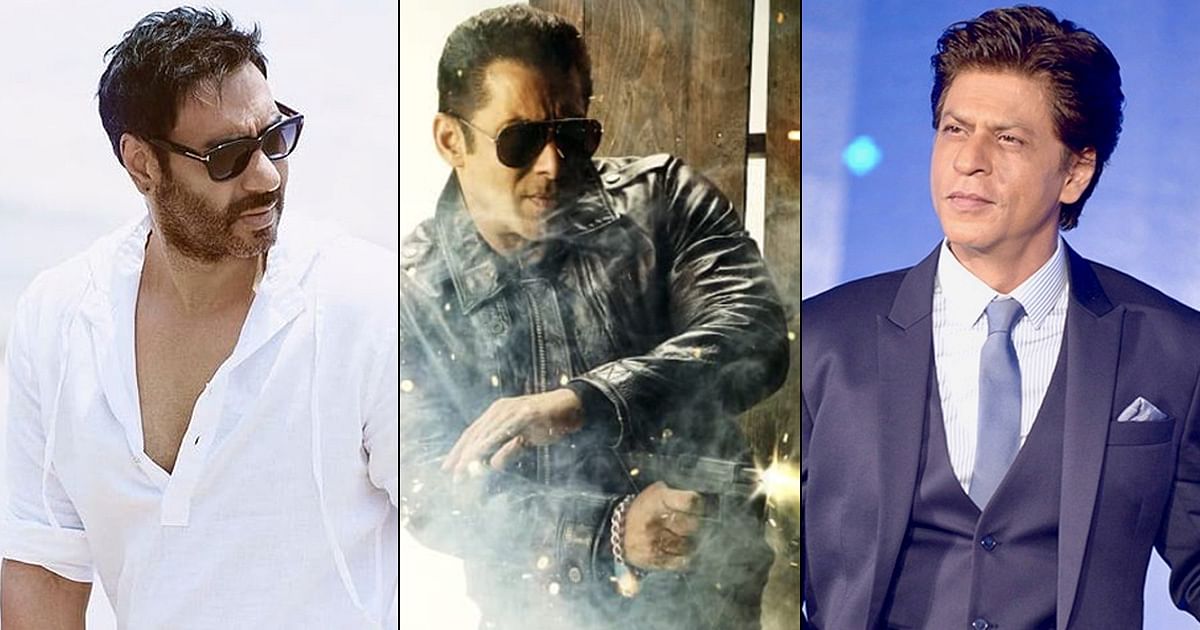 The lockdown induced due to the Coronavirus pandemic resulted in the shut down of theatres. As a result, we have not seen a big release in the cinema hall for a long time now. Even though the theatres have opened for all, the crowd going to there to watch a film has reduced. Salman Khan fans who are used to getting an eidi every year from the superstar in the form of his film were very disappointed last year. But, 2021 is not going to be the same.

If all was normal in 2020, the superstar would have presented his much-awaited Radhe – Your Most Wanted Bhai on the holy festival. The film now is scheduled to release almost a year later, on Eid 2021. But now we have a piece of great news for all you Bhaijaan fans. Keep reading further to know it.

According to the reports in Bollywood Hungama, a source close to the project has revealed one more interesting aspect which is sure to add to the film’s hype. He says, “Radhe – Your Most Wanted Bhai was conceptualized and put together in record time, but Salman Khan has ensured he hasn’t compromised on the quality. He got talented and popular actors on board like Disha Patani, Jackie Shroff and Randeep Hooda. Moreover, he also got on board Vijay Maurya to write the dialogues. He is known for his exemplary work in Gully Boy (2019) and many other movies.”

The source added, “Not just that, for VFX, Salman Khan has this time joined hands with none other than Shah Rukh Khan’s Red Chillies VFX! This is the first time he is working with SRK’s reputed VFX company.”

The source adds, “Salman has usually worked with other VFX studios and with YFX when it comes to Yash Raj Films’ films. For Radhe – Your Most Wanted Bhai, he decided to go for Red Chillies VFX since they are known for quality work. Red Chillies VFX, however, is very choosy, and has taken selected projects in the last 14 years. But when SRK found that Salman has shown interest, he immediately decided to come on board. As we all know, both are very close friends and are now always there for each other.”

Shah Rukh Khan and Salman Khan have also been sweet enough to appear in special appearances in each other’s films. While SRK was seen in a brief role in Salman’s 2017 Eid flick Tubelight, Bhaijaan was seen in a song in SRK’s ambitious 2018 project Zero.

Meanwhile, there’s an Ajay Devgn connection to Radhe – Your Most Wanted Bhai as well. The source adds, “Ajay’s NY VFXWaala has done the colour work during the post-production of Radhe – Your Most Wanted Bhai. Again, in Bollywood, they usually do the work for in-house productions or for outside films starring Ajay Devgn or those made by Ajay’s close friends. But it readily came on board for this Eid 2021 fare.”

Salman Khan, too, has a great relationship with him. While Ajay Devgn was seen in a cameo in Salman’s 2011 Eid flick Ready, Salman appeared in a song in Ajay’s comedy Son Of Sardaar (2012). And of course, they were cast together in the 1999 classic Hum Dil De Chuke Sanam, which viewers remember fondly even today.

Must Read: The Family Man 2: Mukesh Chabbra Reveals The Reason Behind Casting Samantha Akkineni & Calls Her The ‘Surprise Element’