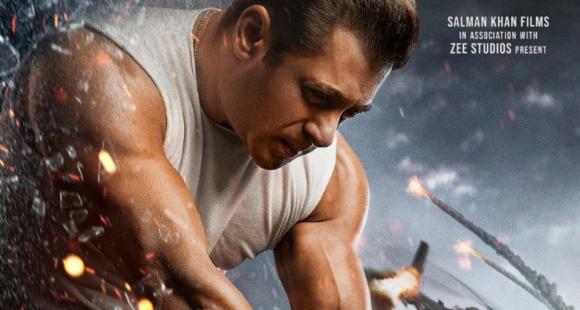 As per the latest report, the theatrical trailer of Salman Khan and Disha Patani’s upcoming movie Radhe – Your Most Wanted Bhai was submitted to CBFC and it has been cleared with a U/A certificate.

Salman Khan’s Radhe Your Most Wanted Bhai trailer passed by CBFC without any cuts? Here’s what we know

Bollywood’s Dabangg Salman Khan is all set ablaze the silver screen with his upcoming film Radhe – Your Most Wanted Bhai that is touted to be the most-awaited films of this year. While the first look of the actor and the film’s intriguing posters have already created much curiosity amongst the audience, Bhaijaan fans are eagerly waiting for its trailer. Much to fans’ delight, we have got some good news that will surely come as a treat for Salman fans. As per a report in Bollywood Hungama, the Central Board of Film Certification (CBFC) has passed Radhe’s trailer without any cuts.

The entertainment portal quoted a source close to the development as saying, “Some time back, the producers of Radhe – Your Most Wanted Bhai – Salman Khan, Sohail Khan and Atul Agnihotri – submitted the theatrical trailer at the Central Board of Film Certification (CBFC) for certification. Last week, the CBFC passed the trailer without any cuts and with a U/A certificate.”

Directed by Prabhu Deva, the movie also stars Disha Patani, Randeep Hooda and Jackie Shroff. The movie, which is bankrolled by Salman, Sohail Khan and Atul Agnihotri, is said to be a remake of the South Korean film “The Outlaws.’ The shooting of the same was wrapped up on 14 October last year. Radhe will release on Eid this year.

Also Read: Salman Khan’s ex girlfriend Somy Ali reveals he cheated on her 20 years ago; Says ‘We have moved on’