Home Entertainment Salt-N-Pepa talk new biopic, why Pepa’s daughter didn’t get the part, and the real story behind those famous jackets

Salt-N-Pepa talk new biopic, why Pepa’s daughter didn’t get the part, and the real story behind those famous jackets 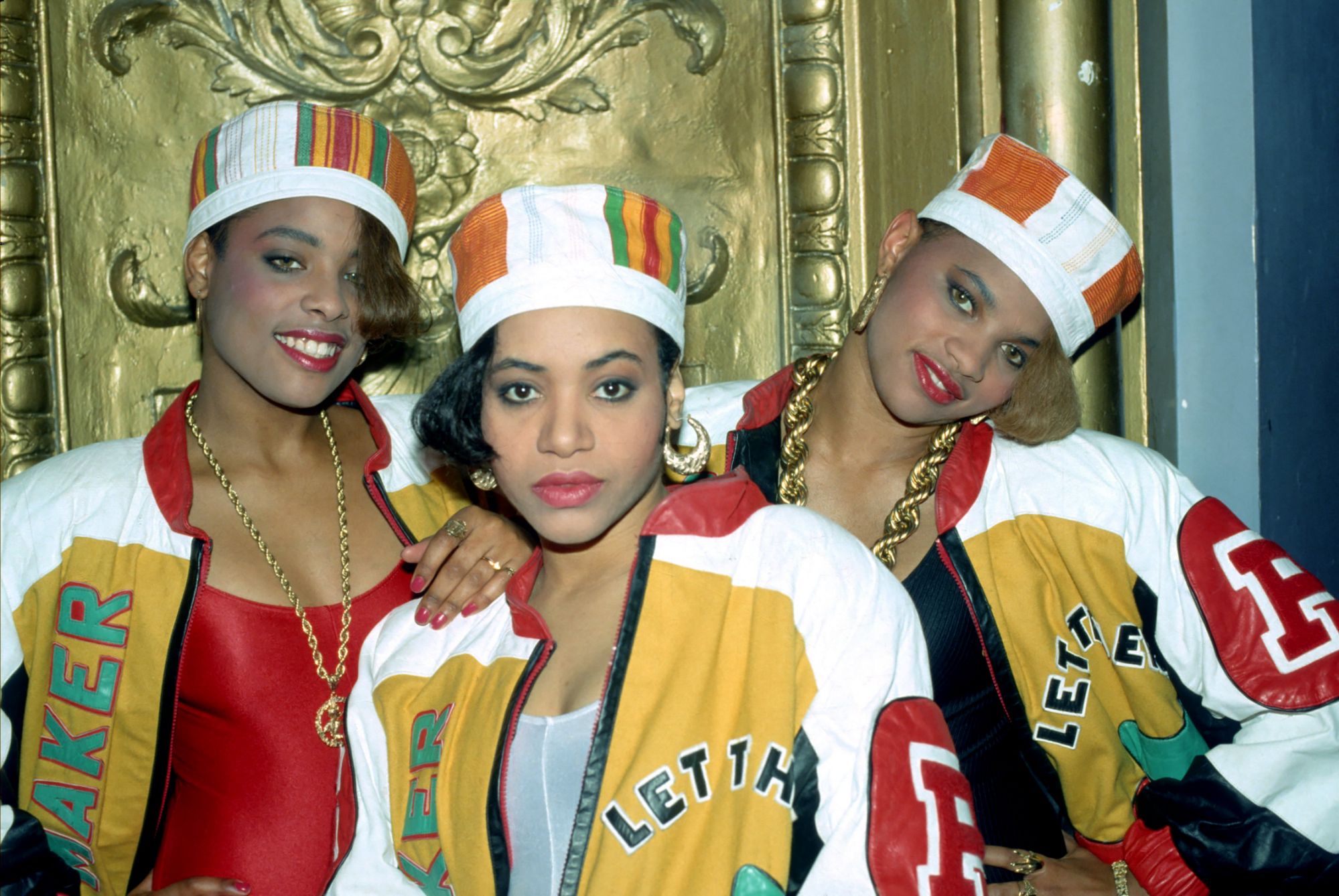 When Cheryl “Salt” James and Sandra “Pepa” Denton were tasked with executive-producing the Salt-N-Pepa biopic, which premieres on Lifetime Jan. 23, they had seemingly the perfect actress in mind to play Pepa: Denton’s own daughter, Egypt Criss. Pepa even gave Criss some tips on how to get into character, which would presumably practically guarantee her the role. But amusingly, Lifetime’s casting directors didn’t think Egypt was right for the part. If anything, Pepa’s well-meaning motherly advice actually ruined Criss’s chances.

“She was like, I’m going to play you, I’m going to play you!’” Pepa tells Yahoo Entertainment with a chuckle. “So, I’m giving her all these inside tips, one on one: ‘This is how I talk. This is how I did it when I first heard my song.’ So I’m teaching her this, and then she did the audition. She had to audition like everyone else; it wasn’t just getting her in the door and saying, ‘She’s going to be the one.’ And the funny thing was, when she went in there to audition, they told her, ‘No, this is not it. You did everything wrong.’ And I was like, ‘How you going to tell me that’s not what I did?’ So, that was very funny. She came back out, and she was like, ‘Ma, I didn’t get it. Everything you told me was wrong.’ I’m like, ‘How? That was me!’”

Laila Odom ended up landing the Pepa part (and she did a fantastic job, alongside G.G. Townson as Salt and Monique Paul as DJ Spinderella), but both James and Denton’s daughters were given small roles — ironically, as Salt-N-Pepa impersonators. “We had a moment in our past where there were Salt-N-Pepa impersonators. We went to a venue to do a show and the bouncer told us, ‘Salt-N-Pepa is already here.’ There’s a whole moment in the movie where you see our manager going onstage and trying to stop them. Our daughters play the fake Salt-N-Pepa, so they get a little cameo in the Lifetime movie,” Salt reveals.

The Salt-N-Pepa story will surely make the pioneering rappers’ daughters proud, as it is inspirational and aspirational for any young woman trying to pursue a dream. “It’s based on not just the music and the legacy of Salt-N-Pepa — it’s also based on the friendship. We were friends before we became a group. So, it’s the ups and downs, the highs and the lows, of being a female in music in a male-dominated, not just genre, but world, and how we navigated through that and how we survived, and we didn’t become a tragic story,” Salt explains. “We’re still here. We’re still thriving. It’s inspirational for women, I think, to see us just be vulnerable about how wonderful but also how difficult it was.”

The movie chronicles the group from its early days, when Salt and Pepa met while working at Sears and joined forces, professionally and personally, with another co-worker, Hurby “Luv Bug” Azor. “The only part when we were controlled, as you’ll see in the movie, was the very, very, very beginning. That’s when we had our producer who got us all together, Salt’s boyfriend at the time, Hurby, who had the vision that brought Salt-N-Pepa,” says Pepa. “I remember he was dressing us a certain way, because he was in love with the whole Prince and Wendy-and-Lisa concept.”

“That was our first date. He took me to a Prince concert. We fell in love that night,” recalls Salt. “He had us in Wendy and Lisa’s paisley. … I think it was his fantasy. He was just trying to project it on Salt-N-Pepa.”

“He thought he was Prince!” jokes Pepa.

“He thought he was Prince and Michael Jackson! But we had to figure it out,” says Salt of the group’s style evolution, when she, Pepa, and Spinderella abandoned the Revolution’s image to launch their own fashion revolution — complete with signature asymmetrical bob haircuts, door-knocker earrings, and those colorblocked leather jackets (which Pepa jokes are even more famous than Salt-N-Pepa themselves). “It just really had a lot to do with what was going on in the streets at that time, what we were feeling at that time, personally. The hairstyles and the makeup, we just organically just made things up as we went along. Then they became iconic moments,” says Salt.

The above-mentioned iconic “Push It” jackets — the ones with an “S” on one sleeve and a “P” on the other, as seen in that breakthrough single’s MTV hit video — were conceived by another one of James and Denton’s pre-fame Sears co-workers, Christopher Martin, a.k.a. Play from Kid ‘N Play. “He designed the jacket, and [Harlem-based outfitter] Dapper Dan, who has a deal right now with Gucci, he actually made the jacket, put it together,” Salt explains. “It was like the Louis and the Gucci stuff that back in the ‘80s that we used to wear. So, all of that came together and made that iconic Salt-N-Pepa jacket.”

Unfortunately, the original “Push It” jackets were stolen from the group’s dressing room in Brixton, London, and they were never recovered. “We were devastated,” recalls Salt. But when Salt-N-Pepa reunited for a Geico Super Bowl commercial in 2014, they recreated the look, and those replica jackets sold at auction last year for an impressive $23,940.

“I think for us it was very important to be sexy and hardcore,” Pepa says of Salt-N-Pepa’s enduring sound and style, all of which is chronicled in their eponymous Lifetime biopic. “Back then, they thought women had to just be hardcore, because it’s a very male-dominated field. Then some of the women was hardcore. Salt and I just felt like we have a little bit of both in us. We like the fun, we like the sexiness, we like the roughness. That’s who we were, and we stayed that way,” says Pepa. “It came through our music, came through our style, and it came through our lives.”

Watch Salt-N-Pepa’s full Yahoo Entertainment interview below, in which they discuss their Milani makeup line, ‘90s fashion, and their odds of one day getting in the Rock & Roll Hall of Fame: