Sam Billings Looking Forward To Play Again In The IPL 2021 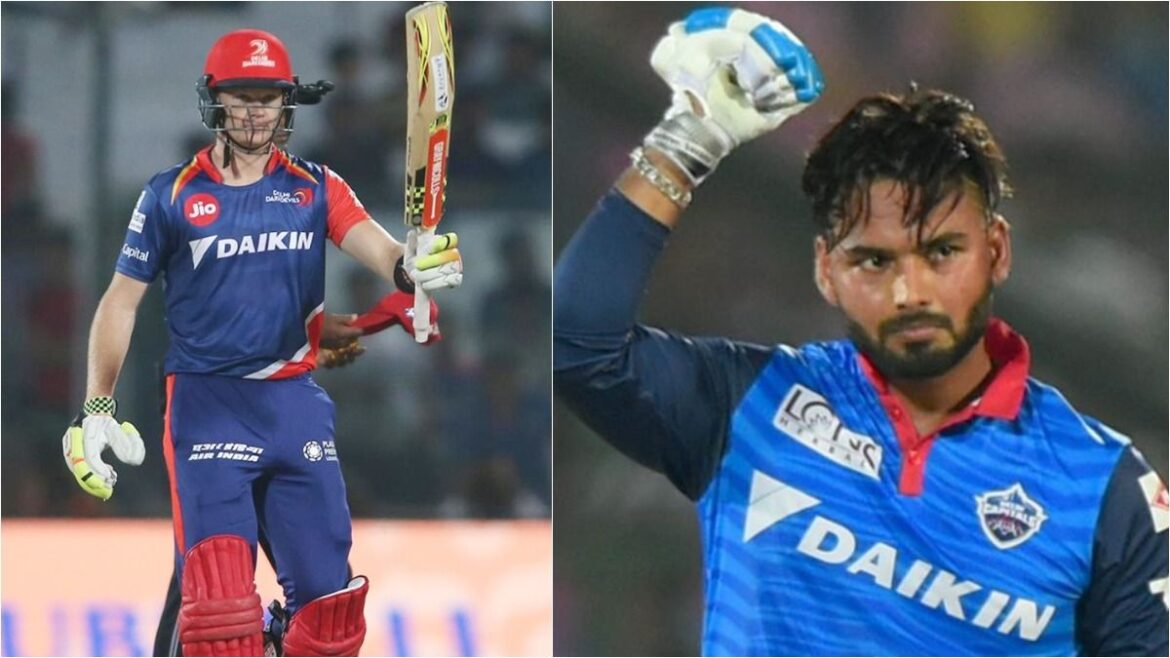 Sam Billings, who was part of the Delhi franchise in IPL 2016 and IPL 2017, returned to the Delhi camp after being acquired by the side for his base price of ₹2 crores in the IPL auction in February.

Delhi Capitals were given a jolt ahead of the 14th season of the Indian Premier League as captain Shreyas Iyer was ruled out of the tournament due to an injury. The 2020 IPL runners-up decided to name keeper Rishabh Pant as their captain for the 2021 season.

Sam Billings Felt Great To Be Back At The IPL

Rishabh Pant has been in phenomenal form in the past 3-4 months as he has become a regular in the Indian cricket team and it will be interesting to see how he leads the Delhi Capitals side for the first time. England batsman Sam Billings will be playing under the leadership of Rishabh Pant in the upcoming edition of the league and he is excited to join up with the squad.

“It’s great to be back at the IPL. There are a great group of players and the DC camp has been very welcoming. I am very excited to be here,” he said in a Delhi Capitals release.

Sam Billings featured in 22 IPL games scoring 334 runs averaging 17.58 with 3 fifties. Sam Billings was picked up by Delhi Daredevils in 2016, for whom he played two seasons. However, he did not get many opportunities and scored a fifty in each season. He was released into the auction pool for 2018.

CSK bought him for his base price of 1 crore and the England international immediately clicked for them as he won a game against KKR from a tough situation – he made 56 runs off just 23 balls – in a high-pressure run chase. He was given a decent run, but he failed to convert starts and eventually lost his place to Faf du Plessis towards the business end of the tournament. He was retained for the 2019 edition by the franchise.

Sam Billings, who spent a considerable amount of time with Rishabh Pant during his previous stint with the franchise, recounted his first-ever experience of watching Rishabh Pant bat.

“I remember the first time I saw Rishabh play. We had a middle practice, and he was hitting bowlers like Chris Morris, Nathan Coulter-Nile and lot of other bowlers everywhere and then I asked Rahul Dravid (then Delhi franchise mentor), ‘Who is this guy?’ And now we all know who Rishabh Pant is and I actually said back then that he’s probably the best young player I have ever seen. We have seen what he does on a regular basis in the India shirt and also in the Delhi shirt. I am really happy for him and he will go from strength to strength,” said Billings.

The 29-year-old is hoping to win the IPL 2021 with the Delhi Capitals this year after the franchise finished runners-up last time under Shreyas Iyer’s leadership.

“I love the IPL. It’s one of the best competitions in the world and the buzz around the IPL is something that you can’t get anywhere else in the world, so I am just looking forward to playing in the tournament again. My game has improved a lot since I last played for Delhi. Hopefully, we can kick-on as a group and win the competition this year,” he said.

Delhi Capitals on Tuesday announced Rishabh Pant as the captain of the side for the tournament which gets underway from April 9. Rishabh Pant will step in as captain for the 14th edition of the tournament after regular skipper Shreyas Iyer hurt his left shoulder during the recently-concluded India and England ODI series.

Delhi Capitals will take on Chennai Super Kings in their first match of the IPL 2021 season, at the Wankhede Stadium, in Mumbai on April 10.