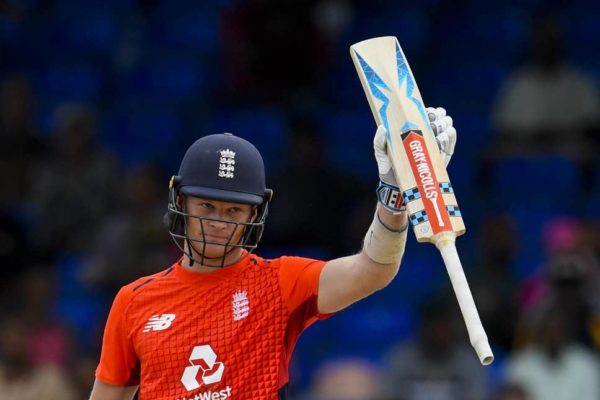 Sam Billings will turn up for Delhi Capitals in the upcoming edition of the IPL. He is currently in quarantine with his teammates in Mumbai’s Taj Mahal Palace hotel. Billings was released by Chennai Super Kings ahead of the IPL 2021 player auction. He was snapped up for his base price of 2 crores by Delhi. Billings previously played the Capitals in 2016 and 2017 before moving to CSK in 2018 & 2019.

Meanwhile, after getting frustrated by the poor wifi connection at the team hotel, Sam Billings started a Twitter poll asking his Indian fans to help him choose the best wifi connection in India.

“Hotel WiFi is non existent….Best WiFi dongle to buy and use in India please?” Billings tweeted.

Best WiFi dongle to buy and use in India please? pic.twitter.com/xWhfnUBpoM

The Indian citizens on Twitter didn’t disappoint the right-handed batsman as they came up with the companies whose dongle will be worth the money. However, after seeing the comments, Billings was left confused as he received two major suggestions in the form of Jio Dongle and Airtel Dongle.

Not able to make a concrete choice, Billings started a poll on his Twitter handle where he asked his fans to vote for one between Airtel and Jio. “Only one way to decide…Jio or Airtel WiFi Dongle?” the keeper wrote.

Only one way to decide….

Sam Billings was a part of England’s ODI team that played a series against India recently. He played just one match as Jos Buttler led the team in the three games in Eoin Morgan’s absence.

Meanwhile, Rishabh Pant was chosen as the new skipper of Delhi capitals in the absence of Shreyas Iyer for the upcoming season. Pant was chosen over the likes of Ravichandran Ashwin, Ajinkya Rahane, Steve Smith and Shikhar Dhawan who had prior experience of lading IPL franchises. Delhi Capitals will kick off their IPL 2021 campaign against Chennai Super Kings on April 10. They will play two games each in Chennai and Mumbai and then four games in Ahmedabad and their last five games in Kolkata.