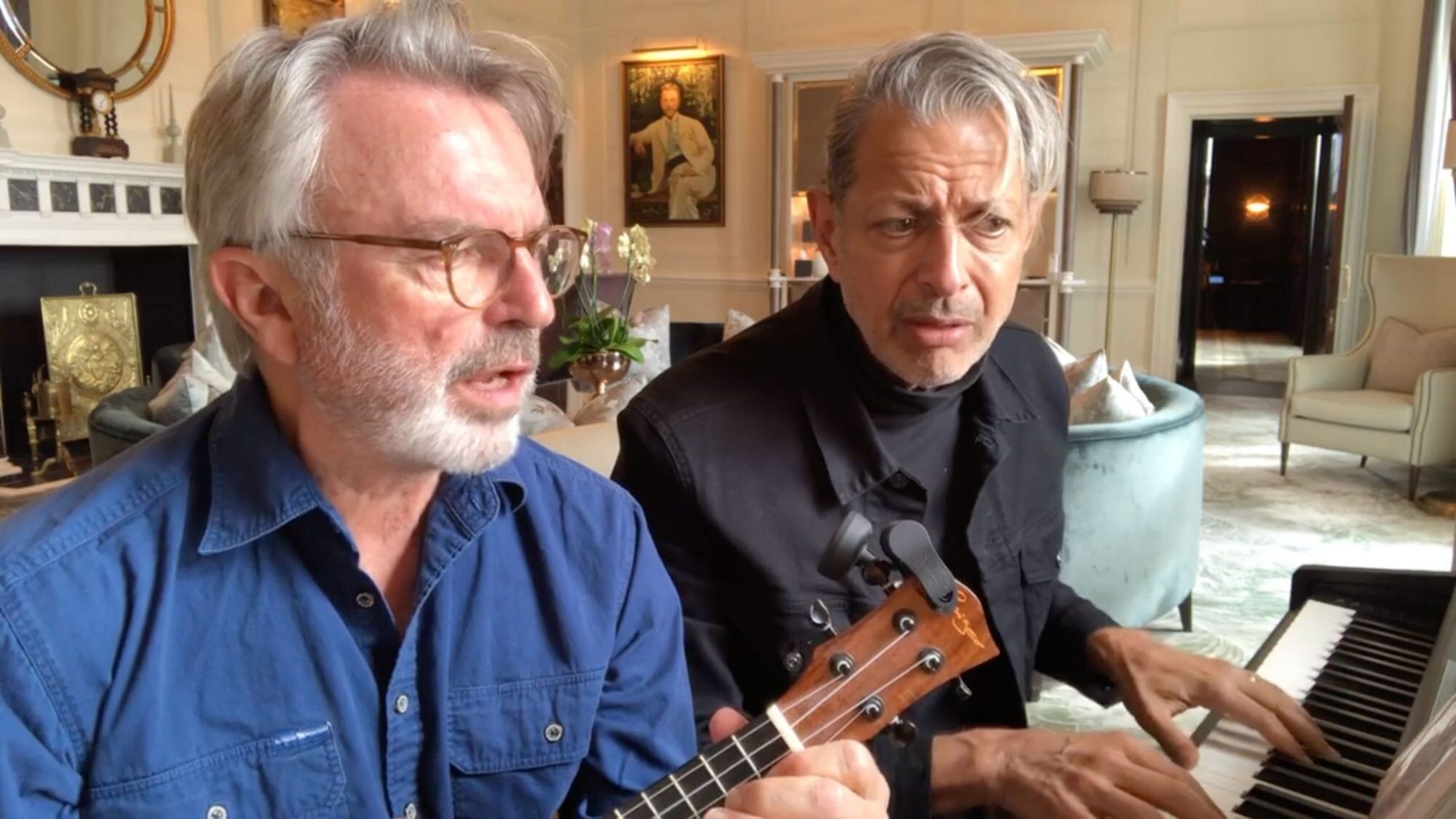 Sam Neill and Jeff Goldblum sure love to make music together!

The Jurassic Park costars recently reunited on set of the upcoming Jurassic World: Dominion, the third movie in the franchise reboot trilogy. Since then, Neill has been treating fans with videos of the two singing duets to a list of songs with the latest video dropping over the weekend.

Titled “The Lost Goldblum Tapes #3,” the video shows Goldblum, 68, playing piano as Neill, 73, strums on a ukulele. After riffing a bit, the two break into The Everly Brothers song “Bye Bye Love.”

“In which the brilliant #everlybrothers get a thoroughly undeserved shredding. Oh dear,” Neill wrote alongside the video.

Neill and Goldblum previously teamed up to sing an array of several classic songs, including “I Remember You” and “A Fine Romance.”

The first clip featured Neill and Goldblum tackling the song “I Remember You,” which was originally performed by Dorothy Lamour in 1942’s The Fleet’s In.

In another video, the pair sang Swing Time‘s “A Fine Romance,” before they also covered My Fair Lady‘s “I’ve Grown Accustomed to Her Face” in another post.

RELATED: A Jurassic Reunion! Sam Neill and Jeff Goldblum Sing a Musical Duet on Day Off from Filming Sequel

“It’s a day off. So we’ve been singing a bunch of old songs. Jeff won’t practice, so it’s first go or nothing,” Neill wrote in the caption of the “A Fine Romance” video. “@jeffgoldblum makes me laugh immoderately.”

Goldblum and Neill are set to make their triumphant return to the Jurassic Park franchise when Dominion hits theaters next summer.

The two will return alongside fellow Jurassic Park cast members Laura Dern and B.D. Wong, as well as Jurassic World regulars Chris Pratt and Bryce Dallas Howard for the final story in the new trilogy of films.