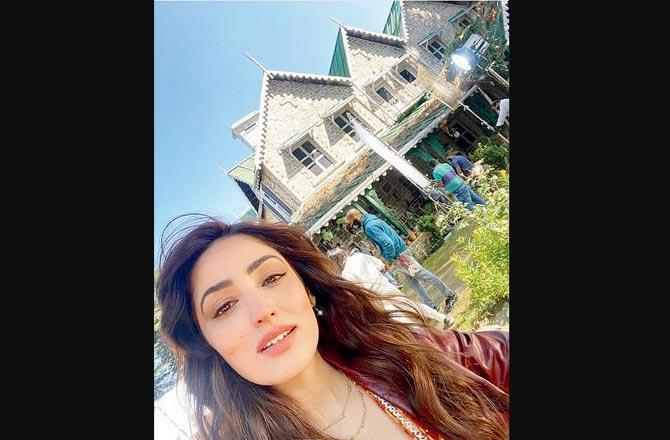 Yami Gautam is shooting for Bhoot Police in Dalhousie and has been constantly uploading photos from the picturesque location. On Monday, the actress took to Instagram by sharing a photograph of a bungalow located in Dalhousie where the film is being shot.

“Can you guess which film in the 90s was shot at this beautiful heritage home #BhootPolice?,” Yami posted along with the photo of the bungalow. Yami has been shooting in the mountains of Himachal for a while now. Directed by Pawan Kripalani, Bhoot Police also stars Saif Ali Khan, Jacqueline Fernandez and Arjun Kapoor.

Commenting on her post, many of Yami’s Insta followers correctly replied saying that Vidhu Vinod Chopra’s 1994 Anil Kapoor-Manisha Koirala film 1942: A Love Story was shot in the same bungalow.

The picturesque location remains a favourite shooting destination for filmmakers for over two decades.