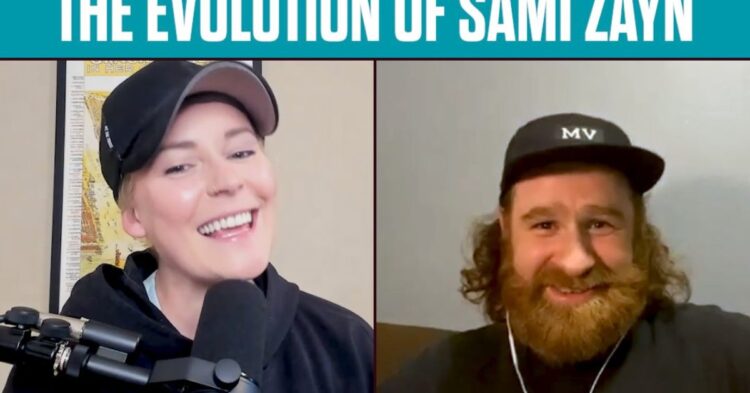 Sometimes, one is forced to wonder why WWE signs wrestlers to its roster when it doesn’t seem to know what to do with them. But every once in a while, they tend to figure it out later. Sami Zayn was a guest on Renée Paquett‪e‬’s Oral Sessions podcast, part of The Volume sports podcast network, and they were kind enough to send us over a transcription of the following conversation from the podcast in exchange for a clickbait article promoting it, and you know what? We’re good with that. More publicists should provide us with half the word count needed to write one o these things and our jobs would be so much easier!

So Paquette talked with Zayn about creative input in WWE. While Zayn acknowledged the truth of complaints from people like Paquette’s husband, Jon Moxley, his experience appears to have been different. Sami told Renée about the time Vince McMahon first noticed he actually had some talent.

“The evolution of Sami Zayn, I mean you crack me up in general but I just like watching the social media posts you’re putting out and the documentary you’re working on. How much of that is just you in the driver seat with the creative?”

“I’m pretty fortunate to where I actually feel like I’ve had a lot of my ideas go through, but then there was this one day, I was a guest referee or something for Kevin [Owens] versus Seth [Rollins]. I was just doing me, I didn’t even have any mic time, I was just ya know banter that the camera would pick up. I came back and Vince [McMahon] was like, ‘You’ve got the gift of gab we gotta, we gotta ya know’ and I wasn’t even cutting a promo I was being a ref, but they just started seeing me in this new light where like ‘This guy, he can be so much.'”

Well, “so much” in WWE is relative, of course. But Sami is an upper mid-carder, not a jobber like he probably would be if Vince didn’t notice his “gift of gab.” To listen to the entire Sami Zayn episode of Oral Sessions with Renée Paquette, click here.