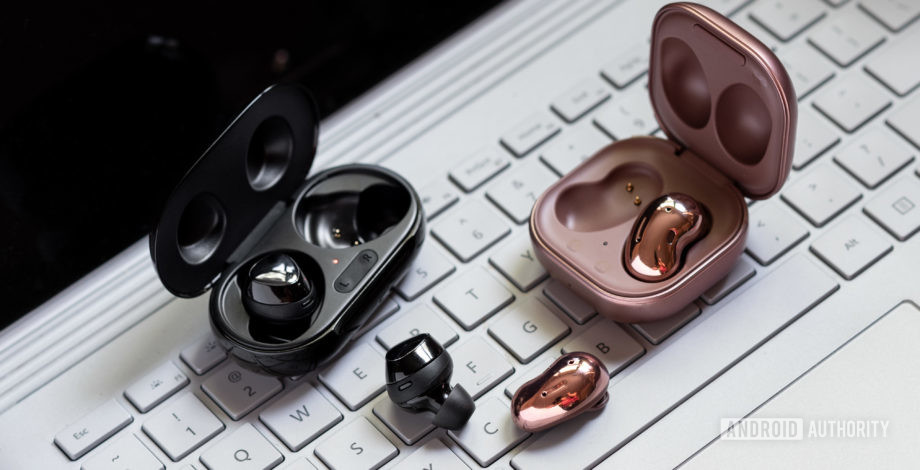 Update: January 11, 2021 (4:43 AM ET): US retailer Staples has jumped the gun by listing the Galaxy Buds Pro on its website. The listing includes images, colorways, a few specs, and a supposed price tag. Check it out below.

Samsung is slowly but steadily rising up the ladder in the global TWS earphones market. Each generation of Galaxy Buds poses a greater threat to Apple’s industry-leading AirPods. We’ve seen three versions of the Galaxy Buds so far and now we expect a fourth iteration. Here’s everything we know so far about Samsung’s upcoming earbuds. Previously, rumors suggested the new Galaxy Buds could land as the Galaxy Buds Beyond. The rumor started when a trademark filing with the name was spotted in the US. However, a recent spate of certifications points to the name Galaxy Buds Pro.

Documents published by the FCC and the Indonesian telecom authority SDPPI echo the Galaxy Buds Pro branding with model number SM-R190. The same model number was also previously spotted in a Korean certification.

The Galaxy Buds Pro moniker was also corroborated by Staples in early January (h/t: SlashGear), as the retailer posted a comprehensive listing on its website.

As far as a release date is concerned, Samsung usually launches a new pair of earbuds alongside its flagship smartphones. The Galaxy Buds Plus launched with the Galaxy S20 and the Buds Live came out with the Note 20. Keeping with this tradition, we expect Samsung to unveil the Galaxy Buds Pro on the same day as the Galaxy S21 series sometime in January. Unlike the Galaxy Buds Live, we expect the Galaxy Buds Pro to carry forward the in-ear design of the original models. If you were looking forward to new bean-shaped earbuds from Samsung, you might be in for a disappointment.

Thanks to Evan Blass (via his Voice page), we have leaked renders of the Buds Pro in purple and silver colorways that corroborate these rumors (see images above). We also have a render of the case which you can see below: Blass also posted a third colorway on December 10, reportedly dubbed Phantom Black. So if purple or silver aren’t up your alley, you might want to look at this option. We also get a look at the inside of the charging case. Check out the image below. Blass on December 17 published a 360-degree animation of the Galaxy Buds Pro in Phantom Black, giving us a better look at the buds at all angles.

The earbud design was also shown off on the aforementioned Staples listing, and it’s pretty much in line with earlier leaks. The listing also offers Black, Silver, and Violet color options and notes a $264.99 price tag. Check out a screenshot below. A new teardown of the Galaxy Wearable app by Github contributor ThePBone (via 9to5Google) has revealed a few key features of the Buds Pro. Ambient Mode is set to make a return, as well as Find My Earbuds. As for new features, the Buds Pro will seemingly include Voice Detect which automatically decreases audio playback volume but ups audio passthrough volume when conversing with others. This should be pretty useful during the pandemic, as you wouldn’t need to remove your buds to chat with people.

It seems the Galaxy Buds Pro could also introduce an Apple AirPod Pro-like Spatial Audio feature. Called 3D Audio for Videos, this feature creates a virtual sound stage to mimic surround sound based on the position of your head and the placement of your phone. See the screenshots from the teardown below.

According to a 3C certification, the Galaxy Buds Pro charging case could come with a 472mAh battery. If so, Samsung hasn’t changed its battery capacity as the Galaxy Buds Live case has the exact same specification.

Features listed on the Staples product page include an Ambient Sound mode, active noise cancellation, up to five hours of juice on a single charge, and IPX7 water resistance.

We don’t know much else about the specs and features of the Galaxy Buds Pro, but we’re sure we’ll hear more about the earbuds closer to their launch. Until then, you can bookmark this article to get all the latest updates on the earbuds.