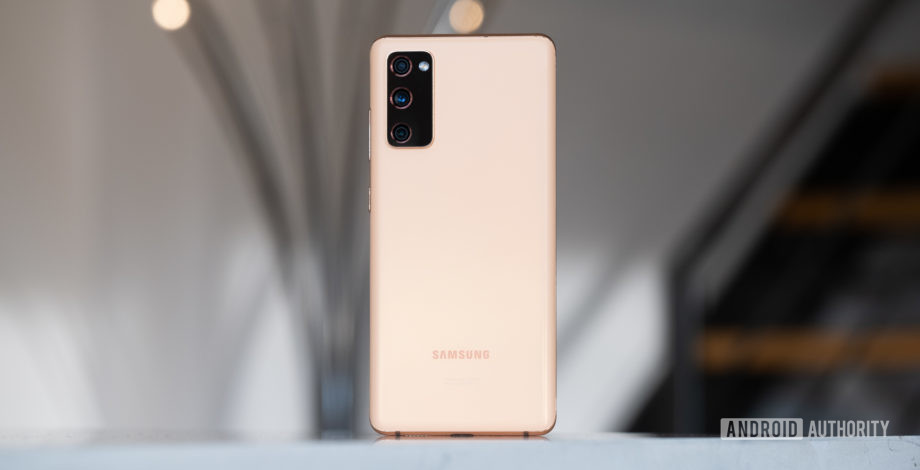 In 2020, the Samsung Galaxy S20 FE (which stands for “Fan Edition”) surprised us all with how good it was. In fact, it was so good that it ended up walking away with our 2020 Best of Android Editor’s Choice award. With that kind of pedigree behind the phone, it’s no surprise that we are very excited about the Samsung Galaxy S21 FE.

The problem Samsung faces this year is the existence of the regular Galaxy S21. It’s only $100 more than the Galaxy S20 FE and offers a lot of very similar specs. It’s possible Samsung painted itself into a corner and the Galaxy S21 FE could end up simply being a Galaxy S21 with only very subtle changes.

With all that in mind, we thought we’d round up the things we want to see most in the Samsung Galaxy S21 FE. Below, you’ll find our five big wishes. Keep in mind that these are not based on any rumors or insider info — this is just a wishlist made by smartphone fans. Also, we are keeping this list realistic. Asking for the return of the headphone jack, for example, isn’t worthwhile, because it’s definitely not coming back. One of the biggest things that separate budget-oriented devices from flagships is what we call the camera trifecta. The trifecta is a high-quality primary lens, a wide-angle lens, and some sort of telephoto lens. Often, brands will drop the telephoto lens and cram in any number of others — macro, chromatic, monochrome, depth, etc.

Related: The best camera phones you can get

The Galaxy S20 FE, though, kept the trifecta, and we hope to see the same in the Samsung Galaxy S21 FE. Granted, Samsung would likely need to drop the quality of the sensors. For example, it could offer an older/weaker version of the Galaxy S21’s wide-angle (Sony IMX563) to help keep costs down. The telephoto could get the same treatment. We’d be fine with that.

What we don’t want to see is the phone land with some gimmicky lens or, even worse, two gimmicky lenses to give it the air of quality, but not the substance. The camera trifecta, please — no more, no less.

Don’t skimp on the processor The Galaxy S20 FE came with the same processor as its more expensive siblings: the Qualcomm Snapdragon 865. This was probably the most exciting spec feature of the Galaxy S20 FE, especially because the 5G model in all regions opted for the same Qualcomm silicon and not an inferior in-house Exynos chip.

Honestly, we’d be fine with that. Obviously, we’d love to see this phone with a Snapdragon 888, but as long as Samsung doesn’t go lower than the Snapdragon 870 or shift to an Exynos equivalent, we’d be happy. Anything lower and you might as well just get the Galaxy S21, right?

Last year, the Galaxy S20 FE came in six fun colors all around the world. It was nice to see Samsung offer them all at once to pretty much everyone (with a few excluded countries, unfortunately). Meanwhile, even with the Galaxy S21 lineup, certain colorways are only available in certain areas. This inevitably leaves too many buyers stuck with the usual choices: black, white, or gray.

See also: Can someone please put the style back in smartphone design?

We hope Samsung once again offers a wide selection of colorways with the Samsung Galaxy S21 FE. We don’t even need six colorways again — four would be just fine! As long as black, white, and gray aren’t three of those colors. These phones are designed for fans, and die-hard Samsung fans have proven that splashes of color are highly desirable.

Speaking of colors, we also hope Samsung keeps the general design elements of the Galaxy S21 line, especially the side-receded camera module. The phones look terrific and we’d be disappointed to see the Fan Edition not look as good.

Same display as the Galaxy S21 One of the more surprising specs of last year’s Galaxy S20 FE was the display. It offered a 120Hz refresh rate on a 1080p OLED panel. Granted, this was a downgrade as compared to the vanilla Galaxy S20’s display, which was 1440p. It was still lovely to see such quality on a $700 phone, though.

As mentioned earlier, Samsung needs to cut down on the Galaxy S21 specs to make the Galaxy S21 FE cheaper. However, we hope the company does not sacrifice the display to make this happen. As it stands already, the display in the vanilla Galaxy S21 is basically the same as the one in the Galaxy S20 FE — 1080p, 120Hz refresh rate, HDR10+, etc. To drop that any lower would put the whole value of the S21 FE into question.

Now, there are still ways Samsung could cut corners here. For example, it doesn’t need to cover the front of the S21 FE with Gorilla Glass Victus. We just hope it doesn’t cut too much or, once again, buyers might as well just get a Galaxy S21 or even the Galaxy S20 FE.

The same price as last year (or lower)

The thing we’ve said over and over again here is how tricky it will be for Samsung to make the Galaxy S21 FE weaker than the Galaxy S21 without dropping into Galaxy A territory. That holds true for the pricing as well.

We have no idea how Samsung would do that without removing the core features of the Galaxy S series. If it tries to remove wireless charging, for example, would that even count as a Galaxy S-level device? What about the IP rating or the previously mentioned camera trifecta? The company has really painted itself into a corner here, and we can only hope that it doesn’t mess up the goodwill it rightfully earned last year with the Galaxy S20 FE. Don’t let us down, Samsung!

That’s it for our Samsung Galaxy S21 FE wishlist! What would you like to see from Samsung’s next budget flagship? Take our poll below and let us know in the comments!