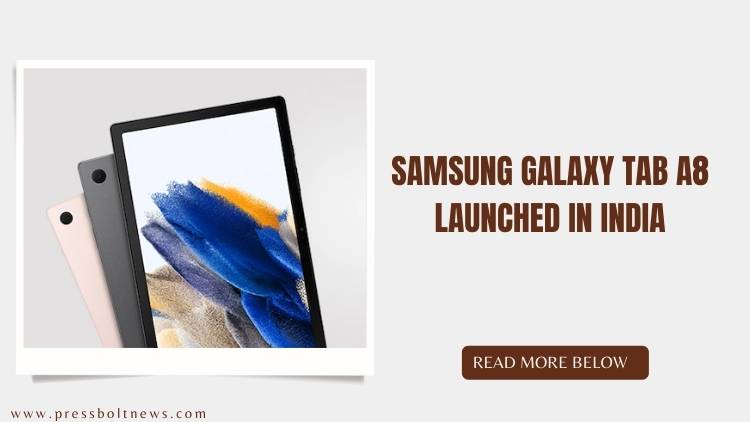 Samsung on Thursday, 12th January announced the launch of the Galaxy Tab A8, and it is claimed as the most powerful tablet of the series by the company.

The Samsung Galaxy Tab A8 is powered by an octa-core processor.

The Samsung Galaxy Tab A8 comes with a 10.5-inch screen (WUXGA TFT) and a 16:10 common aspect ratio. With the support of Dolby Atmos, it is also equipped with quad speakers.

The tablet comes with an 8MP rear camera, a 5MP front camera, and a brand new screen recording feature. This helps record clear videos for online tutorials or for Youtube.

There is also an option of split-screen which users can use for multitasking and can even add a pop-up window, as stated by the company.

According to the company, customers can avail of cashback of Rs 2000 on ICICI debit and credit cards. Moreover, buyers can also get a Book Cover worth ₹4,499 for just ₹999.