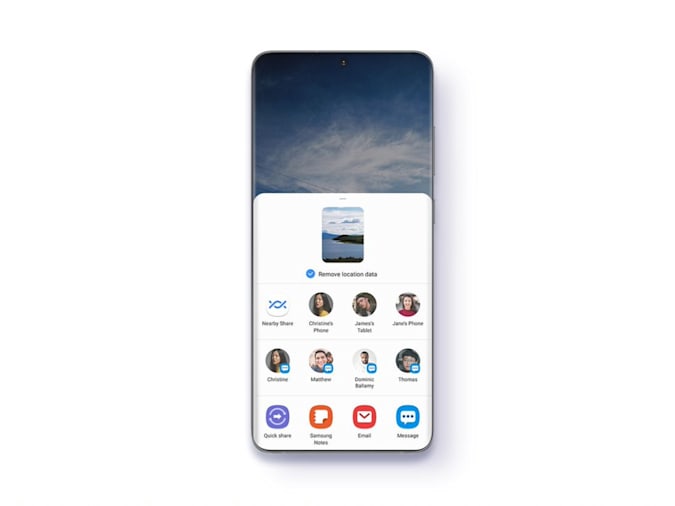 When Samsung in January, the company also detailed the latest version of its One UI Android skin. The update came with quite a few new features and now Samsung plans to bring some of those to its older devices, including the Galaxy S20 and Note 20 lineups, as well as the Galaxy Z Fold 2 and Galaxy Z Flip, when it updates them to One UI 3.1. In all, five of the S21’s software features will be available on those phones after downloading Samsung’s latest software.

To start, there’s Enhanced Single Take. It lets you capture both stills and video simultaneously with your phone’s cameras. Another new camera feature, Multi Mic Recording, allows you to capture audio from both your phone and a connected Bluetooth device. Meanwhile, in Samsung’s Gallery app, you’ll find an editing tool called Object Eraser that can remove visual elements from your photos with the help of an AI algorithm. If you’ve ever seen Photoshop’s in action, the principle is the same. Select the object you want to remove from your photo and the software will do the rest — though your mileage may vary depending on how prominent the object is in the photo.

Then there’s Eye Comfort Shield, which builds on a feature that was already in One UI 3.0 to limit the amount of blue light your phone outputs. An Adaptive setting will adjust the color of your phone’s display based on the time of day. But you can also opt to use the custom setting, in which case you can manually select a color temperature and determine a schedule. Lastly, there’s Private Share, which allows you to add an expiry date to files you send to other people.

Samsung will start rolling out One UI 3.1 to its older devices starting today in select markets.

Back to Top
Close Add post
X
‘The Legend of Zelda: Skyward Sword HD’ is coming to the Switch…GadgetsThis year marks the 35th anniversary of The Legend of Zelda, and Nintendo naturally has a few things planned. There's no word on the Breath of the Wil…

X
VAIO Z is a pricey laptop with a ‘3D molded’ carbon fiber body…GadgetsFans of VAIO laptops may recall the flagship Z series being known for its impressive portability, until it quietly disappeared in 2017. The good news …
close