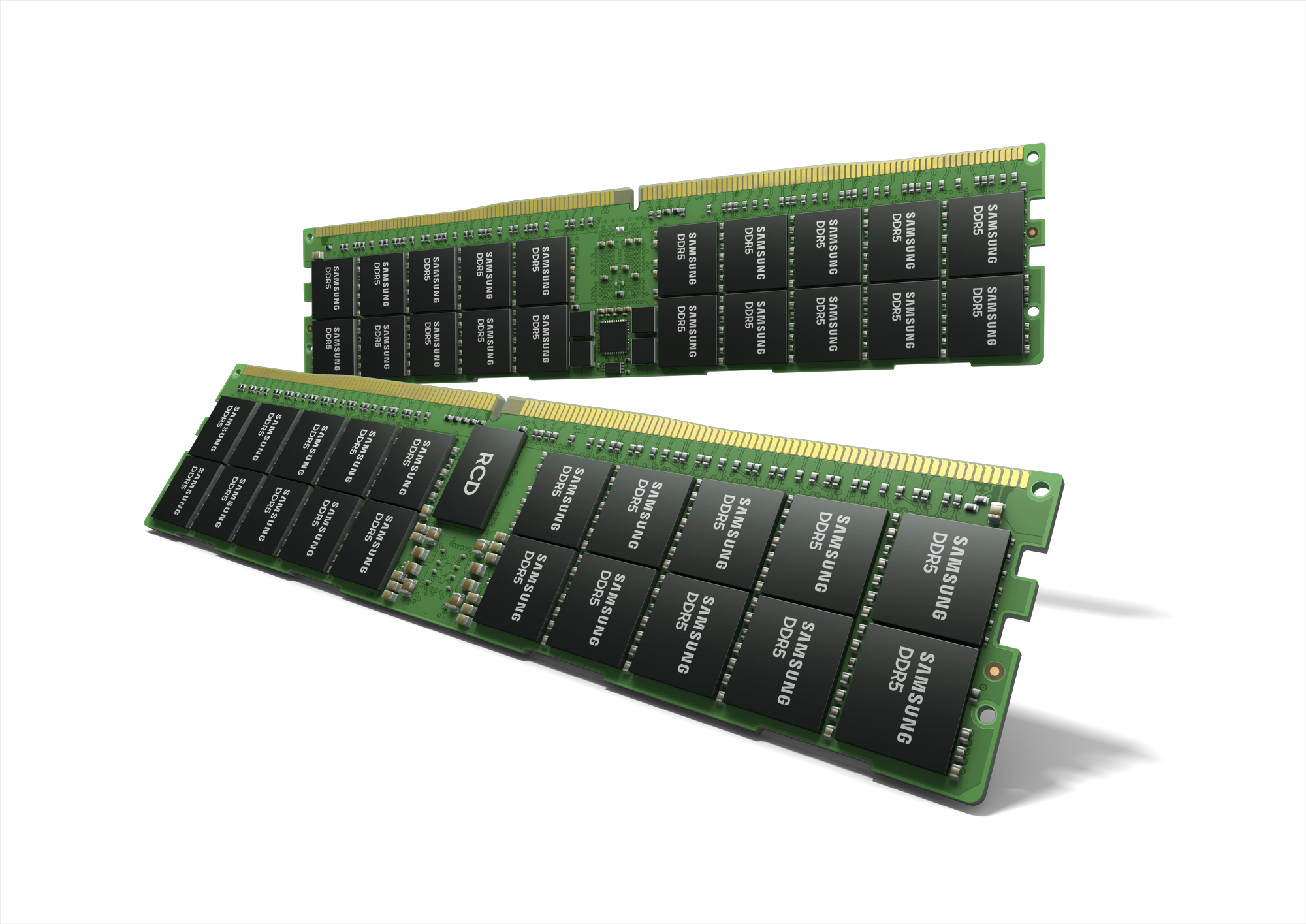 Samsung has unveiled a new RAM module that shows the potential of DDR5 memory in terms of speed and capacity. The 512GB DDR5 module is the first to use High-K Metal Gate (HKMG) tech, delivering 7,200 Mbps speeds — over double that of DDR4, Samsung said. Right now, it’s aimed at data-hungry supercomputing, AI and machine learning functions, but DDR5 will eventually find its way to regular PCs, boosting gaming and other applications.

Samsung first used HKMG tech in 2018 with GDDR6 chips used in GPUs. Developed by Intel, it uses hafnium instead of silicon, with metals replacing the normal polysilicon gate electrodes. All of that allows for higher chip densities, while reducing current leakage.

Each chip uses eight layers of 16Gb DRAM chips for a capacity of 128Gb, or 16GB. As such, Samsung would need 32 of those to make a 512GB RAM module. On top of the higher speeds and capacity, Samsung said that the chip uses 13 percent less power than non-HKMG modules — ideal for data centers, but not so bad for regular PCs, either.

With 7,200 Mbps speeds, Samsung’s latest module would deliver around 57.6 GB/s transfer speeds on a single channel. In Samsung’s press release, Intel noted that the memory would be compatible with its next-gen “Sapphire Rapids” Xeon Scalable processors. That architecture will use an eight-channel DDR5 memory controller, so we could see multi-terabyte memory configurations with memory transfer speeds as high as 460 GB/s. Meanwhile, the first consumer PCs could arrive in 2022 when AMD unveils its Zen 4 platform, which is rumored to support DDR5.