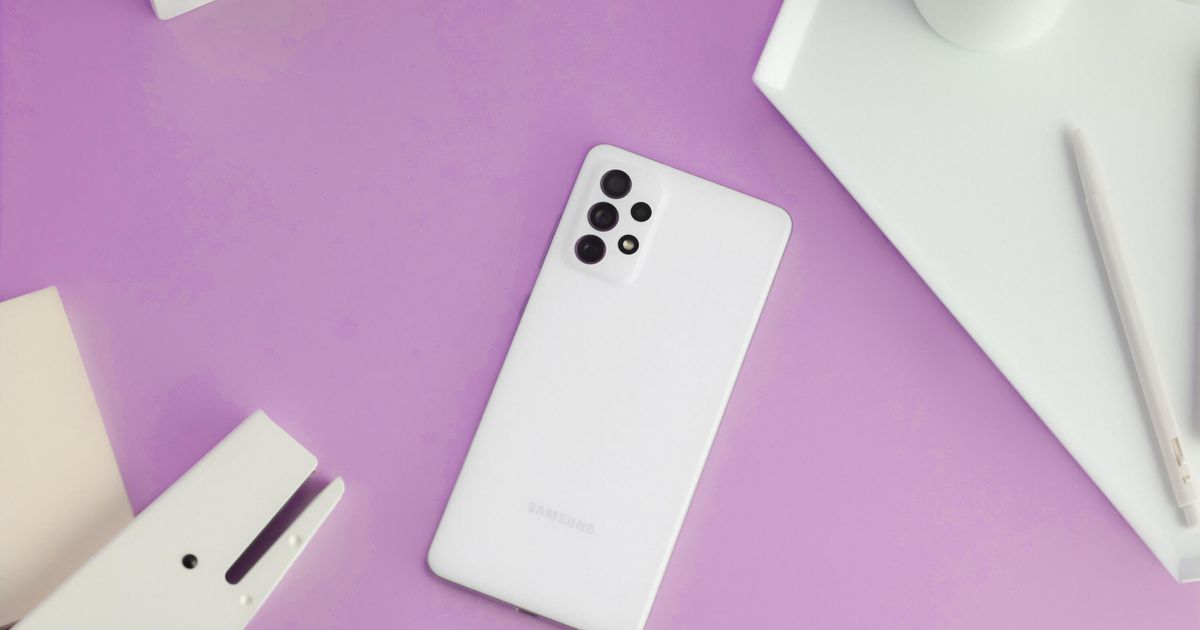 Samsung’s new mainstream phone lineup has arrived, with three models: the A52, A52 5G and A72. The new devices boast some higher-end specs but cost less than their Galaxy S siblings, something that will likely make them attractive to a wide range of buyers.

Compared with the Galaxy S21 lineup, the new Galaxy A series phones all come with features dropped from the company’s high-end devices that many consumers love: headphone jacks, MicroSD card slots to expand the memory up to 1TB and chargers in the box. They also tout two-day battery life, four camera lenses on the back and Super AMOLED screens.

“This is a competitive price point considering the amount of tech they have,” Creative Strategies analyst Carolina Milanesi said. And for the cost, consumers are getting the bells and whistles they really need. This “is not a compromised experience,” she said.

Samsung showed off the new A family on Wednesday during a virtual Unpacked launch, an event previously reserved for its highest-end and most important devices. In mid-January, Samsung introduced its new flagship phone lineup — Galaxy S21, S21 Plus and S21 Ultra — during its first virtual Unpacked of the year. This time around, Samsung dubbed its event the Galaxy Awesome Unpacked to explain how it’s “bringing Awesome to everyone” with its new Galaxy A devices.

Samsung’s bigger push with the A series this year reflects the reality we’re all living in. Phone designs aren’t changing much from year to year, and consumers are holding onto devices for longer, about three years in the US versus two in the past. At the same time, the pandemic has hurt millions of people financially. While high-end specs and cutting-edge features are nice for attention and buzz, people still care about what they’re spending on phones — especially right now.

Galaxy A devices have been sold internationally for years but didn’t come to the US as a full lineup until 2020. They turned out to be the right phones for the times. Three out of every four Samsung phones shipped around the world last year were Galaxy A devices, according to Strategy Analytics. In the US, where there’s often a bigger market for pricey phones than in many other regions, the A family’s shipments surpassed those of the S lineup, 26% to 19%, Strategy Analytics said.

“The Galaxy A series is designed to make Samsung’s latest cutting-edge product more accessible to a wider audience than ever before,” TM Roh, the head of Samsung’s mobile business, said in an FAQ provided to reporters ahead of the event. “Price point shouldn’t be a limiting factor when choosing technology.”

To that end, Samsung in January lowered the starting cost for its Galaxy S21 devices by $200 to $800 from last year’s S20 family, partly because of lower component costs and partly as a recognition of the fact the world is battling a pandemic.

All of A’s specs

Last year’s Galaxy A lineup included four 4G LTE phones and two 5G models. They ranged from $110 for the Galaxy A10 to $650 for the Galaxy A71 5G on Verizon’s network (it’s $600 at other carriers without super-fast 5G millimeter-wave connectivity). All came with some high-end features, though they weren’t nearly as premium as the specs found in the Galaxy S, Note and foldables. And none came close to the price tag for Samsung’s premium phones, which started at $1,000 for the Galaxy S20.

This year, Samsung introduced three new models, the 6.5-inch Galaxy A52 and A52 5G and the 6.7-inch Galaxy A72. Right now, only one model, the A52 5G, can connect to 5G networks, and at least initially, the device only works on the slower but more reliable sub-6GHz. Samsung has two other A family 5G models that it previously announced, the A32 5G and the A42 5G.

“While each market is in a different stage of its 5G journey, we are committed to rolling out 5G-ready devices so users can have tomorrow’s technology today and reap the benefits of 5G as soon as it rolls out in their region, be that next week, next month or next year,” KJ Kim, head of Samsung’s mobile R&D office, said in an FAQ ahead of the event.

He added that providing software updates for longer periods will allow consumers to hold onto their devices longer than before. The new A family will receive three generations of Android OS updates and at least four years of security updates.

4K Video Snap lets users capture an 8-megapixel image from 4K video, while Scene Optimizer recognizes 30 different scenes — such as outdoor landscapes, pets and food — and automatically adjusts the camera settings for the best shots. The phones come with Night Mode to capture better photos in low-light situations, and they feature some pro video features. Users can set up their own photo filters with My Filter, customize their own AR Emoji and apply AR lenses from Snapchat with Fund Mode right from the native camera app.

The A52 and A52 5G have 6.5-inch FHD Plus Super AMOLED Infinity-O displays, and the 5G version has a 120Hz refresh rate. The regular A52 and A72 screens have 90Hz refresh rates, and all three have Samsung’s Eye Comfort Shield that automatically adjusts the blue light emitted by the phones based on the time of day.

The three devices have new stereo speakers that can increase volume up to 43% from older models. They’re available in Awesome Violet, Awesome Blue, Awesome Black and Awesome White. And they all come with the charging brick in the box, something Samsung has moved away from in its flagship phones.

“For many users, the Galaxy A series is their first Galaxy smartphone, and may not have the full ecosystem of Galaxy accessories at their fingertips,” Woncheol Chai, senior vice president and head of the experience planning team in Samsung’s mobile communications business, said in an FAQ provided to reporters ahead of the event. Samsung isn’t including headphones in the box with its new A series phones, and Chai hinted that future phones in the A Series may not come with chargers.

“Samsung is working on the global transition of the removal of the charger plug and earphones from Galaxy smartphones,” he said.