Sana Khan is heartbroken over ‘negative’ video highlighting her past; calls it absolutely rubbish | Bollywood Life 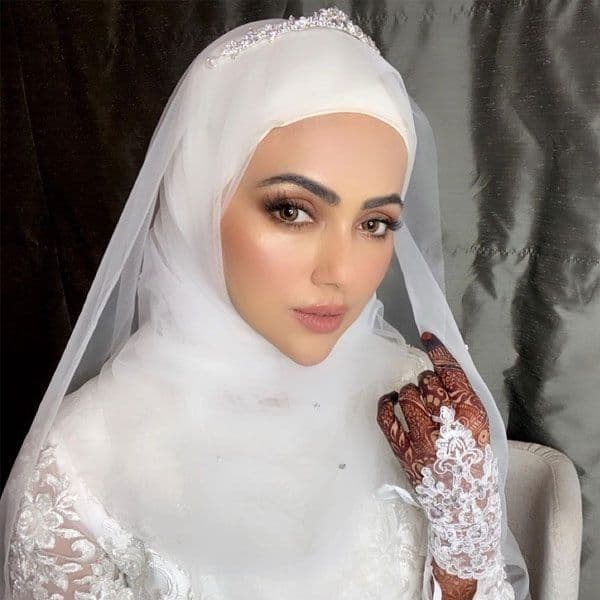 In October, actress Sana Khan announced that she was quitting the world of showbiz in order to serve humanity and follow the path of her Creator. The 32-year-old is best known for her stint on Bigg Boss 6 and was also a contestant on Fear Factor: Khatron Ke Khiladi 6. She was also seen in the 2014 Salman Khan-starrer Jai Ho and the web series Special OPS that dropped earlier this year. Sana has worked in a handful of Tamil and Telugu films, too. Sana has now tied the knot with a Gujarat-based Mufti and has changed her name to Sayeida Sana Khan. Since then, many videos have surfaced on the internet which shows Sana in a negative light. And these negative videos have left Sana completely heartbroken. Also Read – Sana Khan shares a touching post for husband Anas Saiyad; says, ‘Thank you for always pushing me towards good’

In an Instagram post, Sana shared a note wherein she mentioned that she has been ignoring such negative videos for a long time. But one such video that highlighted her past and spoke ‘absolutely rubbish’ about her. Also Read – 2020 Recap: From Sara Ali Khan-Kartik Aaryan to Rithvik Dhanjani-Asha Negi – a look at 8 celebrity breakups of the year

“Some people are making such negative videos on me from so long but I have been patient. But now one person made a video highlighting my past and talking absolutely rubbish about it. Don’t you know it’s a sin to make that person realise about it when the person has done tauba?? I am so heartbroken right now,” Sana shared on Instagram. Also Read – Sana Khan gets an expensive gift from husband Anas Saiyad on their one-month anniversary and THIS is how she reacted

She further added, “I don’t wanna name the person coz I don’t wanna do what he has done to me but this is so evil. If you can’t support someone n be nice be quiet. Don’t put anyone in depression with such ruthless n hard comment making the person feel guilty about their past all over again. Sometimes u repent n move on but there are some like me who at times think I wish I could go back in time n change few things. Please be nice n let people change with time.”

Last year in November, Sana had made headlines when she got married to a young religious scholar from Gujarat named Anas Saiyad. In several videos and pictures on the internet, Sana and her groom were seen walking down the stairs together. They hold each other’s hands and, at the end of the clip, the two sit down with family members and cut a chocolate cake together. One can spot the words “Nikaah mubarak” written on the cake. In the images, Sana wore an white embroidered outfit with a hijab while her groom was in white kurta-pyjama.