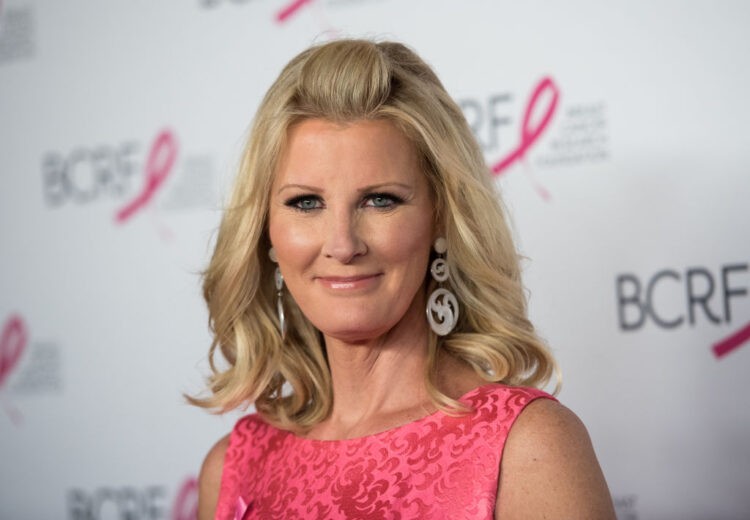 After a month away, TV chef Sandra Lee has returned to social media with news that she’s had a particularly trying time as of late, including a COVID-19 diagnosis.

She feels “like the entire world turned upside down in the last month!” she said.

“Personally I had Covid! Now do not have Covid!” she said. “I do have the antibodies. The night I realized I had it the inside of my body felt like a pinball machine had gone off, With the metal ball pinging-all over the place — such an odd feeling — from my lower stomach up right through my heart — and back again….over and over! Ugh the Heart needs a break — god bless! Then it was just a massive headache with stuffy nose, minimum chest pain and then total exhaustion. I lost my sense of taste and smell. I haven’t shared this because I didn’t want to bring any attention to it …..certainly not with everything Else already going on. Sweet baby Jesus!”

Aside from her own unpleasant symptoms, the Today contributor and Food Network frequenter was helping her elderly aunt and uncle with their coronavirus diagnoses. Lee revealed last month that it had been her Uncle Bill and Aunt Peg who asked her to move from her home in Wisconsin to Los Angeles, where Lee got her start as a TV personality. She explained that her uncle had been hospitalized, but suffered a fall as soon as he returned home. He’s now in a rehab facility, where appointments to visit are required but hard to come by. Her aunt, who has dementia, is struggling mentally with some of the changes to the pandemic world, she said.

Although Lee didn’t mention it explicitly, another stressor could be the mounting allegations of sexual harassment lodged against Lee’s former partner, embattled New York Gov. Andrew Cuomo. The two were together from 2005 to 2019, and they’ve remained close. In April 2020, she told the New York Times that she communicated with him almost daily.

Lee made her last post, a serene Malibu, Calif., sunset on February 27, the same day that a second woman accused Cuomo of having acted inappropriately.

Cuomo has denied wrongdoing and suggested that his behavior with employees that he considered friends was misinterpreted. The New York attorney general is investigating the allegations, while talk of impeachment swirls.