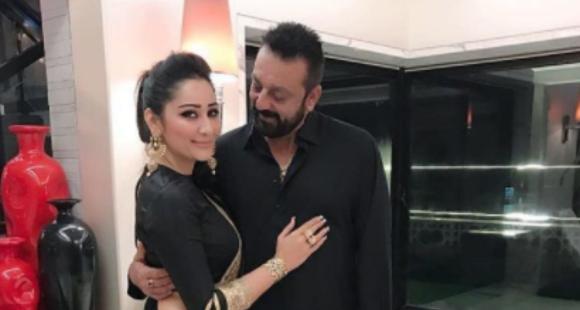 On the 13th wedding anniversary, Sanjay Dutt shared a special wish for his wife Maanayata Dutt with an endearing photo. The couple got hitched to each other on February 11, 2008, in a private ceremony.

Sanjay Dutt pens a romantic note for Maanayata on wedding anniversary: Loved you then, Love you even more now

Actor Sanjay Dutt has shared a special wish for his wife Maanayata Dutt on the occasion of their 13th wedding anniversary today. The couple had got married to each other 13 years ago on February 11 in a private ceremony. The couple has been together through thick and thin and often, they share adorable glimpses from their life on social media. On this special day, the Shamshera star ensured to add a touch of romance for his ladylove as he shared an endearing note for her.

Taking to his Instagram handle, Sanjay shared a photo in which he and Maanayata could be seen posing together. While the Shamshera actor could not take his eyes off his wife, Maanayata is seen smiling away. The photo surely gives us a glimpse of their deep bond and Sanjay”s note with it comes as a sweet surprise. The actor penned his wedding date with Maanayata and expressed that he loved her back then and now, his feelings have deepened even more.

Sharing the wish, Sanjay wrote, “11.02.2008 Loved you then. Love you even more now @maanayata Happy anniversary.” As soon as Sanjay shared the photo and the wish, fans began sharing heartfelt wishes for the couple in the comment section. Even Sanjay Dutt’s daughter Trishala Dutt penned a wish for the couple in the comments. She wrote, “Happy Anniversary,” with heart emojis.

Last year, when Sanjay was diagnosed with lung cancer, his wife Maanayata stood by his side like a rock. All through his treatment, Maanayata kept motivating the actor and often used to share positive thoughts on social media about the same. The couple has two kids Shahraan and Iqra and often, they share adorable photos with them on social media.