Home SportsCricket Sanjay Manjrekar, Mithali Raj Among Many Slams Rohit Sharma After He Throws His Wicket Away At The Gabba

Sanjay Manjrekar, Mithali Raj Among Many Slams Rohit Sharma After He Throws His Wicket Away At The Gabba 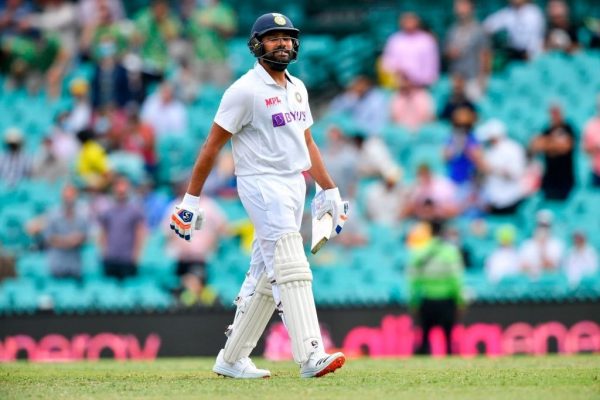 Indian opener Rohit Sharma threw his wicket away after being well set in his first innings at The Gabba. India walked out to bat after bowling out Australia for 369. Shubman Gill opened the batting along with Rohit. He was dismissed cheaply for 7 while Rohit looked good till he scored 44 and got himself dismissed.

Nathan Lyon coming into action in his 100th Test match, dismissed Rohit in his second over of the day, which was his 397th Test wicket. It was a bad shot from the Indian opener, who was looking all set for a big century after his 74-ball stay in the middle. This was also the sixth time that Lyon dismissed the Indian opener in Test cricket.

Also Read: India Need To Work Out Why There Have Been So Many Injuries: Adam Gilchrist

Meanwhile, former Indian skipper Sunil Gavaskar was livid with Rohit Sharma after he threw his wicket away after being set. During his commentary stint for Channel 7, Gavaskar said that he played an irresponsible shot to get out and that there is no excuse for that.

“That’s an unbelievable and irresponsible shot from Rohit Sharma. You’ve just hit a boundary earlier, why would you play that? You’re a senior player, there’s no excuse for this. An unnecessary wicket gifted away, totally unnecessary” said Sunil Gavaskar on Channel 7.

Meanwhile, India are still trailing by 307 runs in their first innings chasing Australia’s 369 as the match has been delayed due to rain. The Australia tail wagged a bit before the Indian bowlers were finally able to dismiss them inside the first session of the day’s play. Australian skipper Tim Paine was dismissed on 50. Mitchell Starc(20*) and Nathan Lyon (24) scored 44 between them to frustrate the Indian bowlers.

The Twitterverse was upset with the senior Indian batsman throwing his wicket away at the wrong time in the game. They criticised how Rohit played a wrong shot and lost his wicket against the run of play for his team.

This is how Twitter reacted to Rohit Sharma’s dismissal:

Considering the experience missing in the team, that shot from an experienced Rohit Sharma was inexcusable. #AUSvsIND

Rohit Sharma just throws away his wicket on a pitch where he could easily have scored a double hundred. ☹️#AUSvsIND #RohitSharma #INDvAUS #IndiavsAustralia #INDvsAUSTest @CricketAus

He does time to time remind us why he isn’t such a ‘hit’ in Tests as he is in ODIs, doesn’t he? Has thrown away his wicket for the 2nd time in a row. He looked solid and well settled yet gone without big runs. #AUSvsIND #AUSvIND #GabbaTest #INDvsAUSTest #hitman #RohitSharma

Irresponsible stuff from #RohitSharma . It is a gift to Australia and pressure on India. Now you know he has been not consistent in test. Just gives it away. Time amd time again! Sunil Gavaskar is bang on, albeit he might have used very mild words of criticism. #INDvAUS https://t.co/Kh9CXGSAIn

Spot the diff between this shot #RohitSharma played to Lyon with team 4/86 at Adelaide 2018, just getting away previous ball to his shot today. #AUSvsIND #INDvAUS pic.twitter.com/Y3F4dDneP1