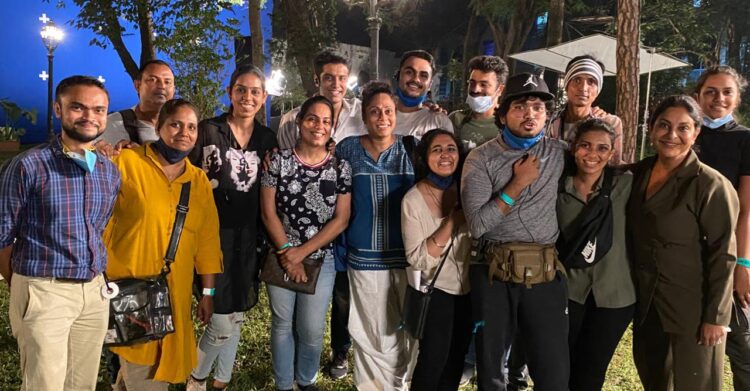 Talking about Saptarshi’s recent win, Vipul Shah informs, “When he is working, you can’t even notice his presence on the set. He works very quietly but effectively in his own space… even in the most difficult of locations also, he captures real sound brilliantly and we don’t have to dub. That add tremendous value to our shoot. I have heard the sound of some of the sequences as we started shooting and it’s absolutely brilliant the way he has captured that noisy environment. He deserves every bit of the honour and my heartiest congratulations to him.”

The makers of ‘Human’ including directors Vipul Shah and Mozez Singh along with the cast and crew celebrated Saptarshi’s glorious win by cutting a cake on the set of the eagerly-awaited show.

The ace sound recordist possesses strong creative and executional skills in the field of Sound Design and audio post and has worked on popular movies like Yash Raj Films’ ‘Hiccup’ and ‘Meri Pyari Bindu’, ‘Fukrey Returns’ and ‘Badla’ among others.