After a long time did we heard about a party at a Bollywood celebrity’s house. Yes, in case you don’t know, last night a party was held at Karam Johar’s residence. Though King Khan aka Shah Rukh Khan did not himself turn up, his dearest wife, Gauri Khan did show up for the party. She was spotted by our paparazzi in her car. Not only Gauri but also Sara Ali Khan, Ananya Panday, Ritesh Sidhwani and his wife were snapped. Alongside them, we also saw Karan Johar’s best friend and ace fashion designer, Manish Malhotra joining them at Karan’s house in the city. Also Read – Spotted: Sara Ali Khan seen with her gym trainer; Jasmin Bhasin and Bharti Singh meet for dinner

Sara Ali Khan was seen in an orangish top and denim shorts while Ananya Panday opted for a white tank top and baggy denim. They did not pose for the paparazzi per se but clicked tons of pictures while at the party. Sara Ali Khan shared some selfies on her Instagram handle with Ananya Panday and Manish Malhotra. Apart from these, from Manish’s Instagram stories we gather, Nitasha Nandna, Nandita Mahtani and Tanya Dubash had also joined them for a fun New Year’s bash. Though belated, we do feel it was a long time as it was a really long time that we heard about a part happening in B-town except for the kids’ birthday parties. Anyway, have a dekko at the pictures and the video here: Also Read – Naane Varuven first look: Dhanush impresses with his massy and intense avatar in Selvaraghavan’s film 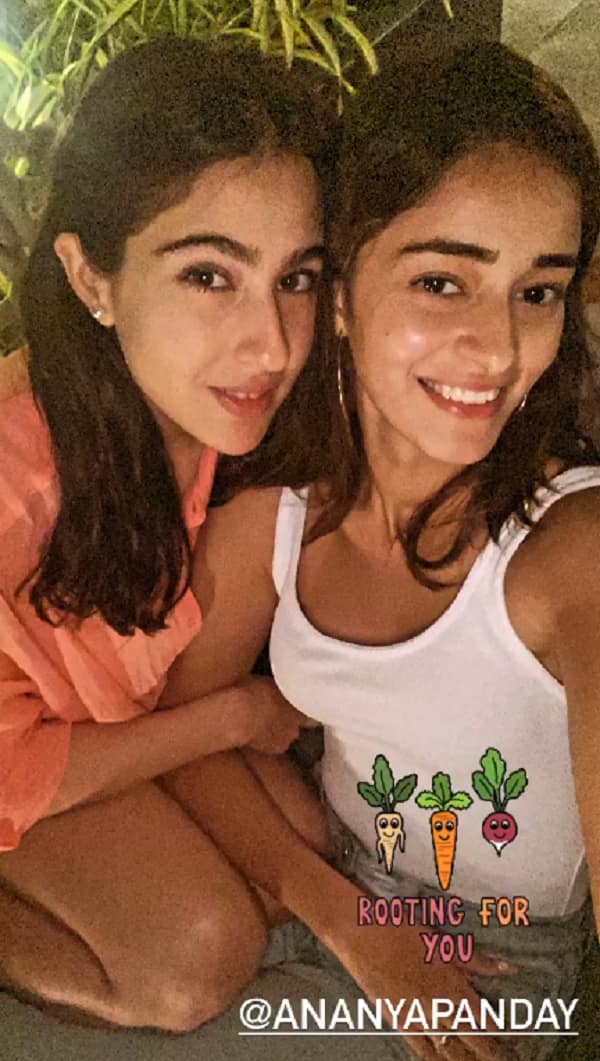 Talking about the two beauties, Sara Ali Khan and Ananya Panday’s work front, the two beauties were recently seen in two masala entertainers. While Ananya’s Khaali Peeli released which also starred Ishaan Khatter, Sara’s Coolie No. 1 released on 25th December on the OTT platform. The films did not fare well as per the expectations.

Next, Ananya has a Shakun Batra film and one with Vijay Deverakonda. Sara Ali Khan, on the other hand, has Atrangi Re with Dhanush and Akshay Kumar.