Home EntertainmentBollywood Sara Ali Khan: Films are a beautiful business and Ibrahim would be lucky to enter this world

Sara Ali Khan: Films are a beautiful business and Ibrahim would be lucky to enter this world 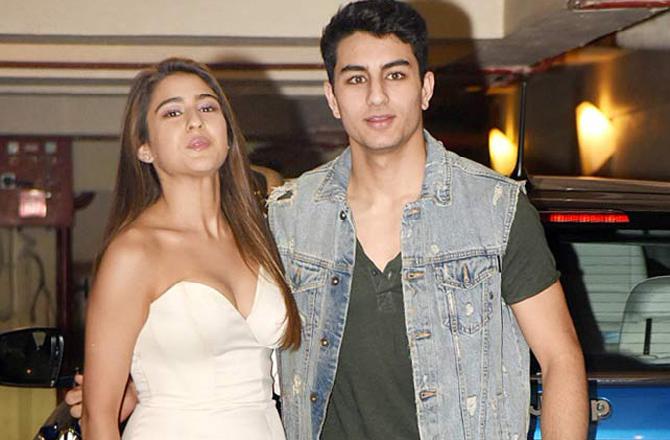 Sara Ali Khan caught people’s attention the moment she announced that she would be entering the film industry. After making her big debut with Kedarnath and then shining once more in the cop comedy-drama Simmba, there’s been no looking back for Saif Ali Khan and Amrita Singh’s elder daughter. Now, people have started speculating whether Sara’s younger brother Ibrahim would soon make his Bollywood debut.

Speaking about it, Sara told ETimes in an interview, “My only tip to him would be to just be an all-rounded human being. You know, I think that films are a beautiful business and he would be lucky to enter this world (sic).”

She added, “And if he needs advice in terms of acting or anything like that he has many people in the family also to turn to there are much bigger actors and stars and you know, much more experienced than I am.”

Sara further said that she doesn’t think she can give Ibrahim any tips yet. The Coolie No. 1 actress said, “I don’t think meri aukat aayi hai abhi tak, ke main kisiko tips du, lekin main itna zarur boleungi ke life main alag alag cheezo ka anubhav karna bohot zaruri hai. Chahe woh education, chahe woh traveling ho, chahe woh baatein karna ho ya logo ko observe karna ho, that is very, very important (I don’t think I’ve reached that point where I can give anyone any tips, but one thing I can say for sure is that it’s important to experience different things in life. Be it education, travel, or even making conversation or observing people; it’s very important).”

“So that’s something I would advise him to do and the rest. He has his mother and father and a lot of other people to tell him what to do,” the actress concluded.

Also read: Sara Ali Khan: Just Want To Be The Varun And Sara Of This Generation And Make Our Mark