Home EntertainmentBollywood Sara Ali Khan: Just want to be the Varun and Sara of this generation and make our mark

Sara Ali Khan: Just want to be the Varun and Sara of this generation and make our mark 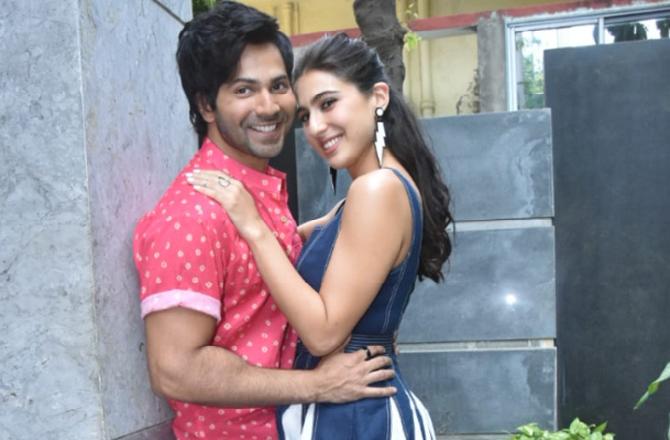 With the remake of Coolie No. 1 releasing today, there will obviously be comparisons between the stars of the original movie and those of the remake. Varun Dhawan and Sara Ali Khan will be stepping into the shoes of the inimitable Govinda and Karisma Kapoor respectively, and the audience can’t wait to watch if the two young stars can pull it off.

Talking about the comparison with Karisma and people’s expectations from her, Sara Ali Khan shared in an interview with koimoi.com, “Of course, somewhere down the line, we do our jobs for validation. But the real fact is I love my job and I have a lot of fun doing it. I’m a huge fan of Karisma Kapoor and I don’t think one can copy her or do what she does. But one can be inspired by her and kind of perform, that’s what it is. Anything more than that is just people being nice.”

The Kedarnath actress added, “I’m just glad that I got the opportunity to be a part of a film like this, inspired by her. Varun, I as well as David sir tried to kind of recreate it. Of course, the film and the screenplay is the same. But somewhere down the line, we have made it more relevant, modern and add our own kind of newness and chemistry to it.”

Coolie No. 1 starring Varun and Sara is a remake of the original Coolie No. 1 that released in 1995. The upcoming film also features Paresh Rawal, Javed Jaffrey, Sahil Vaid, Manoj Joshi, and is scheduled to release on December 25 on Amazon Prime Video.