Home EntertainmentBollywood Sara Ali Khan on Atrangi Re: Relieved to return to sets after break

Sara Ali Khan on Atrangi Re: Relieved to return to sets after break 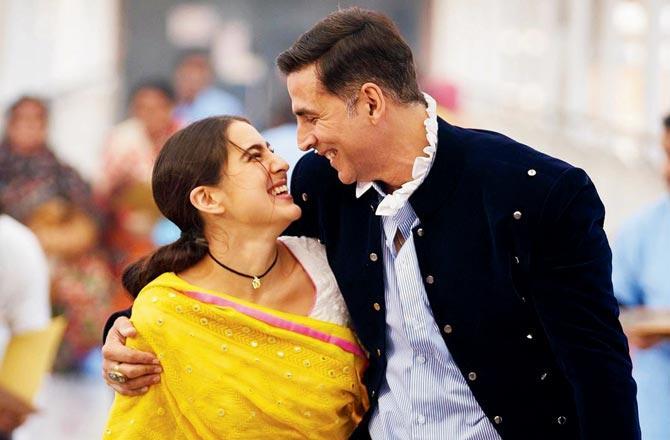 When she had signed her first Aanand L Rai-directed venture earlier this year, Sara Ali Khan didn’t have the faintest idea that she would be shooting for Atrangi Re in such unusual circumstances. Two schedules and a lockdown later, the actor is glad to report to the shoot of the Akshay Kumar and Dhanush starrer. “I won’t deny that it’s difficult to be on [the floors] now. But eventually, I was relieved to return to the sets [after a break]. Maintaining social distance, wearing masks and adhering to [safety protocols] have changed the way we function, but the passion is the same,” says Khan, who kicked off the third schedule in Mumbai last week.

Rai had just begun the first leg of shooting in Varanasi in March when the team had to call time on the project due to the pandemic-induced lockdown. The unit finally reunited in October for a stint in Chennai. “Now, the last and the longest schedule is left,” she adds.

The lockdown may be viewed as a hindrance for Khan, who, in her third year in the movies, is eager to make a mark. But she believes that the period taught her life lessons. “Sitting at home for nine months can be difficult for someone as ambitious as me, but there’s a learning in everything. I used to have 500 things on my to-do list, believing that [achieving them] will make me happy. The lockdown made me realise that waking up every morning with my mother [Amrita Singh] makes me happy,” she says.

Also Read: Sara Ali Khan on her comic timing: Not as spontaneous as my dad or mom