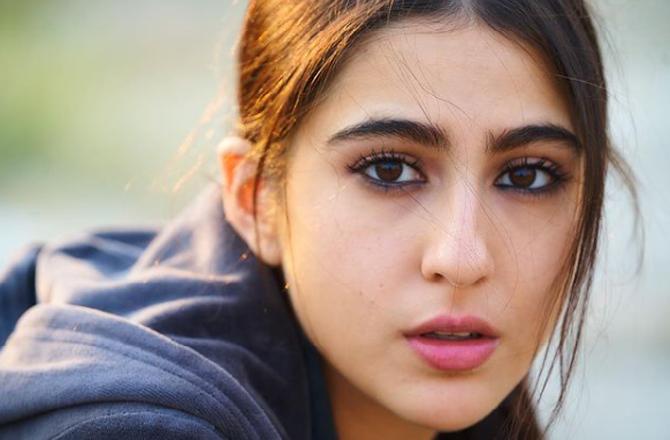 Sara Ali Khan has been channeling her inner poet for a while now. Along with her pictures, she has also begun to write poetry in her captions. But the latest post that she shared with her fans had emojis in her captions and intensity in her eyes.

Taking to her Instagram account, she shared a still of herself form her recent photo-shoot and indeed looked stunning and gorgeous. Have a look at it right here:

Sara Ali Khan was quite the fun-loving and mischievous kid. Don’t believe us? Well, an old interview of the actress has gone viral in which she says that once when she was young, she started dancing on the street during a vacation abroad and people started giving her money for it, thinking she was begging!

Talking about the incident, Sara Ali Khan says in the video, “My parents had gone into a shop for something. I was outside with my brother, who was in a pram, and we were with our help. It was the three of us. And I started dancing. People stopped to give money because they thought I was begging. I kept it. I realised, we are getting money, let’s just continue doing whatever we are doing.”

Also Read: Sara Ali Khan Is Back In Action On Social Media

After Sara Ali Khan was questioned by the Narcotics Control Bureau about the drug nexus in Bollywood, she had kept herself away from Instagram. Now, over a month later, she is back on the social networking platform.

Her next, Coolie No. 1, is all set to premiere on the online video streaming platform Amazon Prime Video on December 25. The film stars Varun Dhawan, Sara Ali Khan, Paresh Rawal, Jaaved Jaaferi, Johnny Lever, Rajpal Yadav amongst others and is produced by Vashu Bhagnani, Jackky Bhagnani and Deepshikha Deshmukh.

She also has Atrangi Re with Akshay Kumar and Dhanush coming up soon.

Also Read: When Sara Ali Khan Danced On The Street As A Kid And Got Money For It!