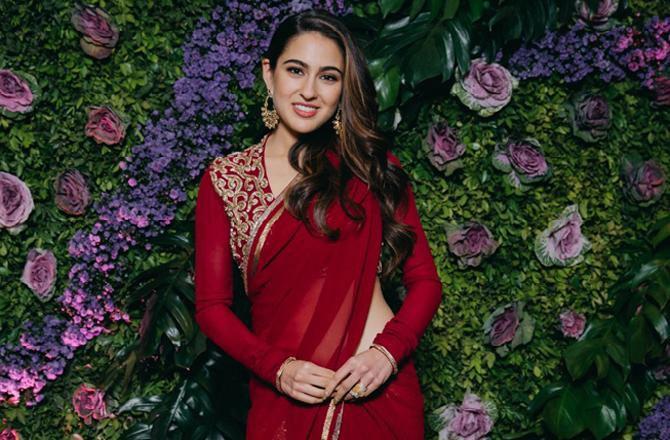 Actor Sara Ali Khan on Saturday teased her fans with a sneak peek of her upcoming song ‘Mirchi Lagi Toh’ from her much-awaited film ‘Coolie No. 1.’

The ‘Love Aaj Kal’ actor took to Instagram to share the clip that features her and her co-star Varun Dhawan recreating the iconic song.

‘Mirchi Lagi Toh’ is the remake of the superhit 1990’s song of the same name from the original ‘Coolie No. 1’ film. Both the film and the song originally featured superstar Govinda alongside actor Karisma Kapoor.

The teaser of the song sees Khan and Dhawan acing the signature step of the famous song in a new style. Both the lead actors are seen dressed in shades of pink and blues.

The original composition of the song was penned by lyricist Sameer, while the music was given by Anand-Milind. The remixing of the new version, however, has been done by DJ Chetas and musician Lijo George.

The remake of the hit 1995 film of the same name has been slated to release on Amazon Prime Video on December 25.