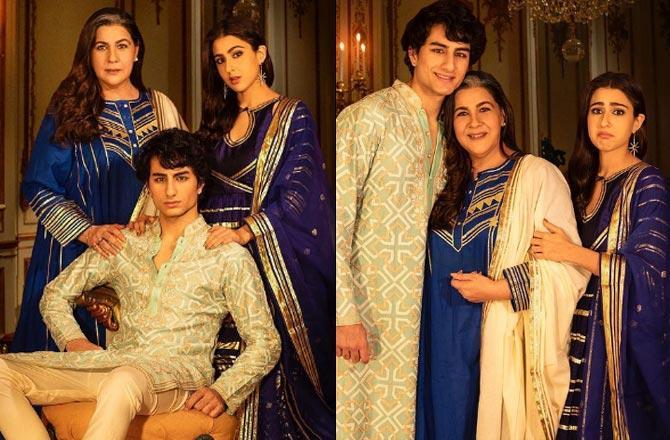 Bollywood actress Sara Ali Khan, her brother Ibrahim and their mother Amrita Singh looked every bit royal in a post that the young star has shared on Instagram. In the image, Sara looks every bit the royal princess in a purple Anarkali, while Ibrahim cuts a dapper frame in an ivory kurta-pyjama. Amrita looks stunning in a bright blue Anarkali suit.

Sara captioned the image with evil eye, world, family and chick emojis. On the acting front, Sara will next be seen in Coolie No. 1, co-starring Varun Dhawan and directed by Varun’s father David Dhawan.

The film is a remake of the Govinda-Karisma Kapoor original the director made in 1995. In the remake, Varun and Sara reprise the lead roles.