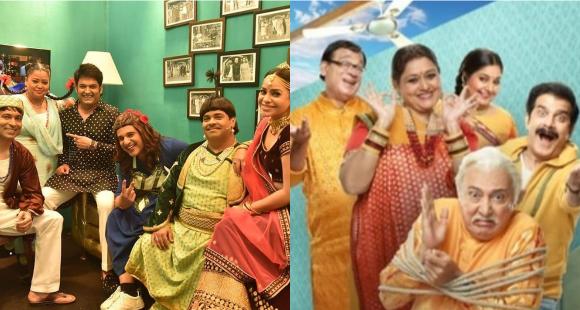 Don’t make any plans for this long weekend as we have made a perfect list of top 5 TV comedy shows that will keep you engaged and entertained thoroughly.

Sarabhai Vs Sarabhai, Khichdi and others: 5 TV comedy shows that will come to your aid on this long weekend

Long weekends are everyone’s favorite but when you have no plans, it can become very boring and tedious. But we have a solution for your weekend woes, as we present to you five TV comedy shows which will keep you entertained in the holidays. So get ready for a fun-filled weekend with these popular TV shows- 1. Sarabhai Vs Sarabhai- It is a classic sitcom that has been people’s favorite for generations. The show revolves around the comic tussle between the high class and modern Maya Sarabhai versus her daughter-in-law Monisha, who has a middle-class approach to things. It is a laughter riot and will surely keep you engaged. 2. Great Indian Laughter Challenge- It was a competitive show which brought comic talents from all over the country on one stage, where they performed and entertained their audience. These stand-up comedians are a must-watch for a gloomy day. 3. Khichdi- One of the most popular comedy shows of its time, Khichdi was an epic comedy show which showcased the excellent acting of Supriya Pathak. It is a rib-tickling comedy show and would light you up. 4. Comedy Circus- The show is among the most popular comedy shows till today. It comprises numerous actors and comedians who come together to perform comic skits. The skits are very engaging and must watch for a hearty laugh. 5. The Kapil Sharma Show- The popular comedy is people”s favorite, as it entertains the audiences as well as the celebs who come to the show as guests. Numerous famous artists and actors have appeared on the show. It includes stand-up comedy by Kapil Sharma, small skits by comedians, and interaction with the audiences. It is a complete package with full-on entertainment.