Home EntertainmentGossips Sarkaru Vaari Paata: Mahesh Babu’s style and swag in the new look proves an extravagant film is in the making

Sarkaru Vaari Paata: Mahesh Babu’s style and swag in the new look proves an extravagant film is in the making 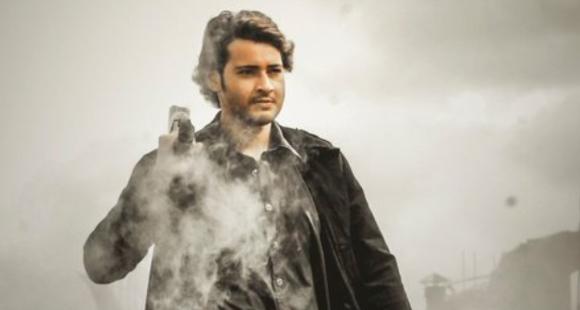 Fans and followers of the actor are highly impressed with Mahesh Babu’s style, which is said to be his look for the upcoming film, Sarkaru Vaari Paata.

Sarkaru Vaari Paata: Mahesh Babu’s style and swag in the new look proves an extravagant film is in the making

Parasuram Petla”s Sarkaru Vaari Paata starring Mahesh Babu and Keerthy Suresh has been the talk of the town since its inception. After a long delay in the film’s shoot due to pandemic, the makers recently wrapped up the first schedule of Sarkaru Vaari Paata in Dubai. The superstar recently shared a couple of photos that gave us a glimpse of some breathtaking shooting location. Calling it a unique experience, Mahesh Babu tweeted, “Filming for #SarkaruVaariPaata at Sharjah’s Mleiha (@discovermleiha) was truly a unique experience! The stories, amazing recreational activities, and stunning landscapes will stay my favourite for a long time to come! Appreciate the warmth and hospitality.”

Now, the makers of the film have release a new still from the film and it only proves something bigger and never expected is in the making for the audience. Fans and followers of the actor are highly impressed with Mahesh Babu’s style and swag in the newly released poster. Sharing it on Twitter, the makers wrote, “Super Swag! @urstrulymahesh #SSMBArchiveson9th.”

Take a look below:

Sarkaru Vaari Paata is said to be an action entertainer with a powerful message and is being backed by Mythri Movie Makers and 14 Reels Plus in association with GMB Entertainment. S Thaman is on board for the film’s music while the camera has been cranked by R Madhi. The much-awaited Telugu film is set to release on on Sankranti 2022.