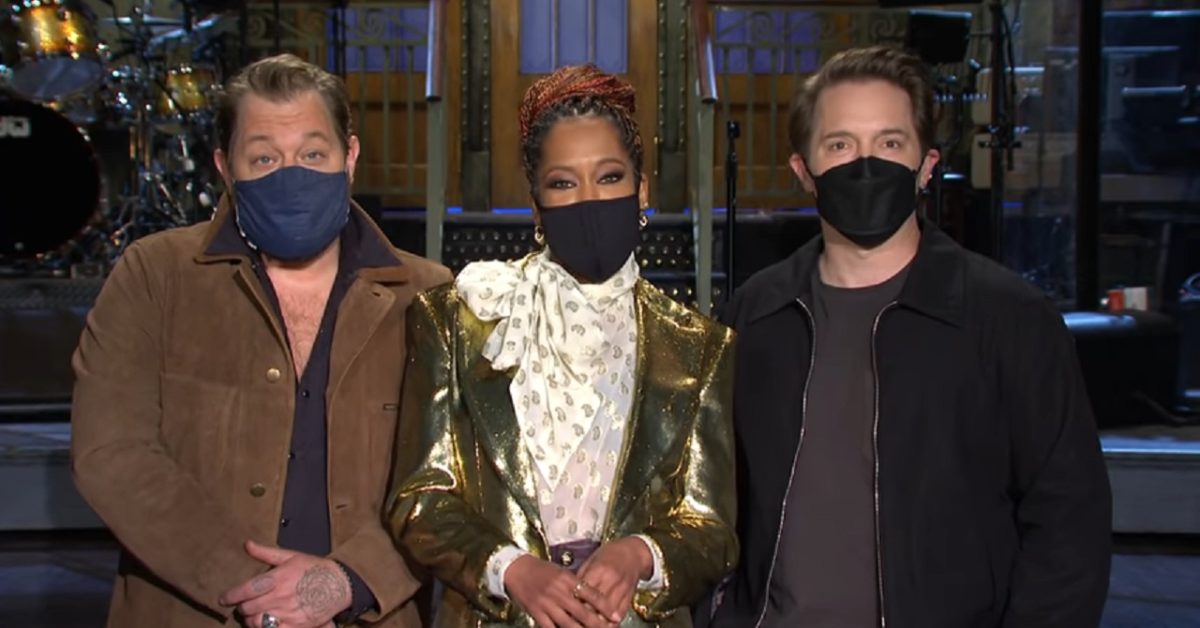 With tomorrow night marking host Regina King (Watchmen, One Night in Miami) and musical guest Nathaniel Rateliff‘s first time taking to stage of Studio 8H, NBC’s Saturday Night Live is adding a little something “extra” to their weekly promo schedule. Following up on the intro video, table read image, and promo video (more on that below), SNL posted a brief clip of King entering the main stage from the main center door in slow-motion style in a way we can totally respect because it’s exactly the kind of thing we would do.

Now here’s a look at that moment, followed by a look back at this week’s promos that find King and Rateliff joined by SNL cast member Beck Bennett. The first promo finds the trio succumbing to the reality of “the power of positive thinking. Following that, a misunderstanding between King and Bennett leads to some awkward Valentine’s Day confusion: