Home TechnologyAndroid Save $40 on the Pixel 4a 5G, and more of the best Google Pixel deals

Save $40 on the Pixel 4a 5G, and more of the best Google Pixel deals 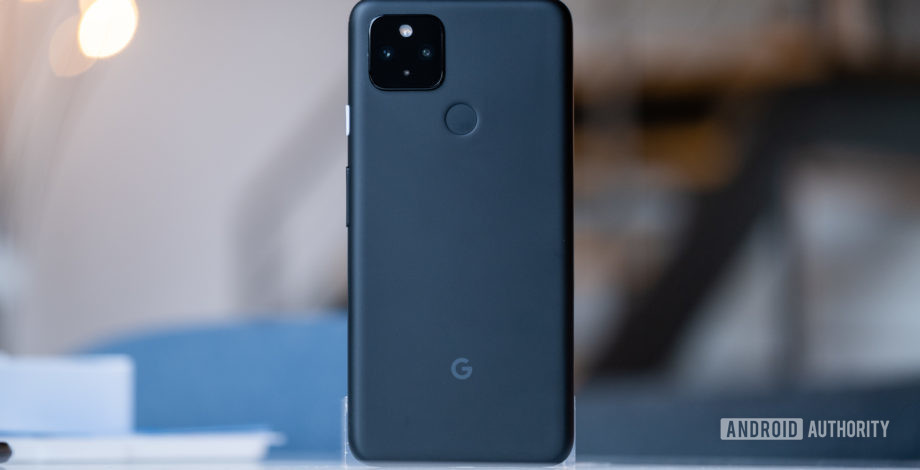 The Google Pixel family has long had a list of features that make it a go-to for die-hard fans. Whether it’s the vanilla Android experience or the powerful camera, the Pixel packs some features that set it apart from the pack. As Android nerds, we’re always on the lookout for Google Pixel deals. With the Google Pixel 5 finally here, we’re hoping that we’ll start to see bigger discounts on previous variants soon.

Here are some of the best deals on everything from the Pixel 5 to the original Pixel XL and everything in between. The Google Pixel 4a 5G has only fleetingly seen any kind of price drop since its launch, and none deeper than it has today. A number of retailers currently have the Pixel 4a 5G on offer for just $459. While $40 might not be a huge discount, this is already an affordable phone that offers excellent value at its price point.

It may technically be a half-gen step back from the Pixel 5 in name, but the Pixel 4a 5G was released around the same time as a mid-range alternative. It takes the best of the Pixel 5 and combines it with the value package of the Pixel 4a.

Read more: Google Pixel 5 vs Pixel 4a 5G vs Pixel 4a: Which should you buy?

The Pixel 4a 5G features a Snapdragon 765G processor, 6GB RAM, and 128GB storage. It also offers a better camera than any phone in the price range and even a headphone jack. It’s the perfect balance between premium and budget in Google’s 2020 portfolio and one of the best mid-rangers ever made.

Check out the deals from various retailers via the widget below, or keep scrolling for more Google Pixel deals.

The Google Pixel 4a 5G is a value-oriented phone made for people who don’t want or need a flashy high-end phone. Like the Pixel 4a, the 4a 5G model’s strong points are its cameras, smooth software, and rock-solid update policy.

Editors note: These deals change frequently, so we’ll do our best to keep them updated and add new ones regularly.

Google’s Pixel 5 was a long time coming, and it turned out to be worth the wait. It’s not the highest-spec phone on the market but that wasn’t the aim. At $700 retail price, it ditches higher-end features like face recognition and the quirky Motion Sense gestures to bring you the stuff you love: a fantastic display, great battery life, and joyous software.

The Pixel 5 officially hit the market at the end of October. That means it’s not going to be seeing big discounts for some time, but you can do better than retail value here and there. As an unlocked option, Best Buy will offer you $50 in savings as long as you activate it to a network on purchase.

Check out the deal below.

The Google Pixel 5 may not be the high-end Pixel we were expecting, but it’s a pretty compelling mid-range option. You can save yourself $50 from Best Buy if you’re willing to activate the Pixel 5 on purchase.

After less than one year on shelves, Google is axing the Pixel 4 from its lineup. That means you’ll have to hurry if you want the newest Pixel flagship in your pocket. There are pros and cons to the Pixel 4, but it offers a camera experience that’s tough to top.

The best unlocked Pixel 4 deals available right now are from Amazon and eBay. There aren’t any hoops to jump through so you can bring the phone to your carrier of choice.

A great phone with Google’s pure software experience and an amazing camera.

Experience the latest flagship from Google with two rear cameras and an updated Google Assistant. You can feel the power of stock Android and save some money while you’re at it.

You can also pick up the Pixel 4 for $500 off on the Verizon network.

Learn more about the Pixel 4 and Pixel 4 XL in our full review.

Stepping back half of a generation, the Google Pixel 3a and 3a XL still make excellent choices for mid-range devices. They step down to a Snapdragon 670 processor but retain many top features such as Google’s powerful camera and integrated Google Assistant.

You might miss features like wireless charging and a water resistance rating, but there are plenty of tradeoffs that are worth the money. The Pixel 3a and 3a XL use Google’s powerful 12MP camera and both phones even have headphone jacks.

Here are the best deals we could find on the Pixel 3a range. They’re unlocked so you should have no trouble getting set up on your favorite network.

Give Google’s midrange Pixel 3a a shot at the lowest price ever. Test out the powerful camera and stock Android running on a Snapdragon 670 chip.

Try the midrange Google Pixel 3a on for size. With a 3,000mAh battery and Snapdragon 670 chip, you should have more than enough power for the stock Android experience and Google’s pwoerful camera.

If you don’t mind a Pixel 3a that’s locked to the Sprint network, you can pick one up for $255 from Amazon. You can also get a renewed Pixel 3a XL which is unlocked for as low as $225.

While Google has ended sales of the Pixel 3 and 3 XL, you can still pick them up at good prices from other retailers. The Pixel 3 family comes with a Snapdragon 845 processor onboard and dual front cameras for great selfies.

The top unlocked Pixel 3 and Pixel 3 XL deals come from Amazon right now, and it’s a bit more affordable than the more recent Pixel 4. If you don’t mind an open-box model, you can get a bit of a bargain on eBay on the Pixel 3 XL too.

If you’re itching for a dose of Pixel nostalgia, you can still pick up a classic Pixel XL at a low price right now. The Pixel may not be a top-notch daily driver anymore, but it still has reasonable specs and could well be used as a backup to your more recent Pixel model.

A top-rated seller on eBay also has refurbished Pixel 2 and Pixel 2 XL phones available. Prices vary depending on the model and specs you prefer but they start at $79.84.

This is the 32GB version of the Pixel XL, with the Qualcomm Snapdragon 821 processor and 4GB of RAM. It can’t compete with the latest phones, but you can enjoy the nostalgia value or use it as a backup to your main device,