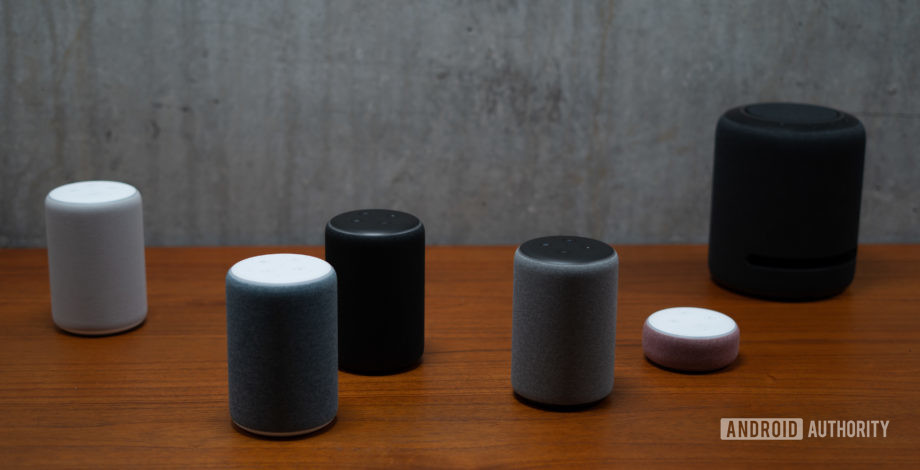 The smart home race comes down to two main players — Amazon Echo and Google Nest. If you’re keen to upgrade your home tech and make Alexa the voice of your home, it just might help to look into a new Amazon Echo speaker. Here are the best Amazon Echo deals you can get right now.

There are thousands of skills and routines that you can run on an Amazon Echo, but the first step is finding the Echo device that’s right for you. Whether you want the stealthy Echo Dot or the handy screen on the Echo Show, there’s a good chance you can save a bit of money on the Echo of your choice.

The third generation of Echo Show 10 is due for release next month, and when you pre-order it now you can make savings on combined purchases. The unit itself will obviously need time before we see a price reduction, but if you pre-order two Echo Show 10 devices you’ll pay $399.98 ($100 off) for the pair with the promo code SHOW102PACK.

The Show 10 combines a premium speaker with a 10.1-inch display for an endless list of uses. You can watch your shows or display recipes while cooking, pump your favorite tunes, or control every part of your interconnected smart home. Everything is orchestrated with your voice via Alexa.

One of the most notable additions to the latest generation of the Show 10 is auto-framing. The screen and its 13MP camera use AI to intelligently turn to face you, so if you’re busy moving around the room but don’t want to miss part of the movie or walk off the video-call, you can stay front and center. If you access the device remotely while you’re out, you can use the rotational nature of the Show 10 to look around the room and check all is as it should be.

Hit the widget below to check out the deals and pre-order, or scroll on for more Amazon Echo deals.

We’ll be sure to keep this list updated regularly. After all, Amazon tends to change deals at a moment’s notice.

The Amazon Echo Dot is the most basic option if you’re looking for your first smart home device. It’s been completely redesigned for its fourth-generation, and it adds Alexa-functionality to any room of your house. You can also choose from three different models: The original Echo Dot, the Echo Dot with a clock, and the Echo Dot Kids Edition.

The first two options are mainly self-explanatory but the Kids Edition actually packs some unique features. For starters, you can choose from a blue color and a rainbow finish to make the Echo Dot pop. Parents can also set limits on skills and the hours that kids can deliver commands.

The Amazon Echo is the device that started it all, and now it’s on its fourth generation. The Echo has been redesigned as a sphere with a soft-touch exterior that matches that of the Echo Dot, but it’s easily the larger of the two. One of the main differences is that the standard Echo fits a woofer and two tweeters compared to the Dot’s single speaker. That means that your Spotify and Pandora playlists can sound better than ever.

You can also use your network of Echo devices as an intercom system to broadcast messages throughout your house. The Amazon Echo comes in three different colors to match your decor.

The Echo Studio is even larger and more powerful than the previous options above. It packs five strategically positioned speakers that can fill the room with sound. Enhanced with Dolby Atmos, the Echo Studio even plays music in formats that are mastered for 3D. It’s the perfect option to bring a party to life and you can even connect it to your Fire TV Stick for a surround sound experience.

All of the options so far on the list have been cylindrical smart speakers with a primary emphasis on quality sound. That all changes with the added screen on the Echo Show. You may not want to watch a full-length movie on the Echo Show 5 or Echo Show 8, but both options are great for quick YouTube videos and news clips. You can even follow along with a recipe right in your kitchen.

The second-generation Echo Show makes it a little bit easier to watch longer videos with the larger ten-inch screen, and it definitely makes controlling your home a breeze. You can video chat with family, adjust your lights, and much more. Check out deals on an Echo Show 5 and an Echo Show 8.

Smart speakers and displays aren’t the only options when it comes to the Amazon Echo family. Amazon also offers Alexa integrations in a variety of other devices, such as the Echo Wall Clock. The clock is actually a companion device, so you’ll have to have a standard speaker as well, but it allows you to display timers easily with just a glance at the clock.

Amazon also offers the Echo Flex for those situations where you just don’t have space for a full-size speaker. The Echo Flex is a handy mini plug-in smart speaker that hugs tight to your outlet.

One final Echo product to check out is Amazon’s Echo Buds. The Echo Buds are Amazon’s foray into the world of Assistant-powered wireless headphones. The Echo Buds even offer five hours of playback on a single charge and up to 20 hours with the charging case.