Tej Bahadur had moved the SC after the Allahabad High Court dismissed his petition against the election commission’s decision to reject his nomination papers during the 2019 Lok Sabha election. He was dismissed from BSF in 2017 after he posted a video online complaining about the quality of food served to the troops 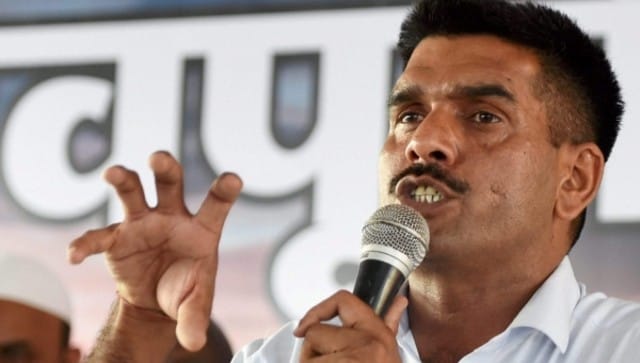 New Delhi: The Supreme Court Wednesday refused to adjourn the hearing on sacked BSF Jawan Tej Bahadur’s plea against the rejection of his nomination papers to contest 2019 Lok Sabha polls against Prime Minister Narendra Modi from Varanasi constituency, saying this is too important matter.

The apex court reserved the order on Bahadur’s plea challenging the Allahabad High Court verdict which had dismissed his election petition against the poll panel’s decision to reject his nomination papers.

“Whether his nomination was rightly or wrongly rejected by the Election Commission (EC) depends on his eligibility,” the court said.

“Why should we grant you liberty for adjournment? You are abusing the process of law. You argue,” a bench headed by Chief Justice SA Bobde told Bahadur’s counsel.

After Bahadur’s counsel sought adjournment or pass over in the matter, the bench said, “We cannot do. This is too important a matter. The respondent is the Prime Minister of India. We have read this matter. You argue your matter.”

The bench, also comprising Justices AS Bopanna and V Ramasubramanian, said that adjournment has gone on for months in this case and the court would not give more time.

Advocate Pradeep Kumar Yadav, appearing for Bahadur, argued that the petitioner had earlier filed his nomination as an independent candidate and later as a candidate of the Samajwadi Party from the Varanasi constituency. The Returning Officer on 1 May last year had rejected the nomination papers of Bahadur, a Samajwadi Party candidate, who was dismissed from BSF in 2017 after he posted a video online complaining about the quality of food served to the troops.

While rejecting the nomination papers of Bahadur, the Returning Officer had observed that “the nomination paper is not accompanied by a certificate issued in the prescribed manner by the Election Commission to the effect that he has not been dismissed for corruption or disloyalty to the state”.

At the outset on Wednesday, the bench told Bahadur’s counsel, “You are supposed to annex the certificate that you (Bahadur) were not dismissed from service. You have not done so. Tell us when your nomination was rejected, were you a candidate of a party?”

When Yadav said that sufficient time was not granted to Bahadur to furnish the certificate, the bench said, “Whether your nomination was rightly or wrongly rejected depends on your eligibility.”

When he raised objection over the appearance of senior advocate Harish Salve, who was representing Modi in the matter, the bench said, “Every day, we hear advocates at the admission stage. He (respondent) is the Prime Minister of India. We have read the matter you argue your matter.”

Salve said, “This gentleman files two nomination papers in which in one he said that he was dismissed and in other he says he was not dismissed. He did not ask for time. The law says that if he asks for time, he should have been given time not exceeding two days.”

Salve said that Bahadur had not asked for time and hence, the returning officer took the decision.

When Bahadur’s counsel urged the court to pass over the matter so that he could find it out from the high court order, the bench said, “We will not give you adjournment or pass over. This matter is going on for long. You find out now. We will bear it. Where have you argued that you have asked for time for furnishing the certificate but was not granted,” the bench asked the petitioner’s counsel, adding, “Show us the evidence that you have asked for time. Your argument before the high court was based on which evidence?”

The bench, after hearing the submissions, reserved its order in the matter.

In a nutshell, the factual matrix of the case is that on the directions of the Returning officer, the nomination of the appellant to the elections was wrongly rejected for not being presented in a prescribed manner and rejected the nomination/candidature of the Appellant for the Election of the 17th Lok Sabha from 77th Parliamentary Constituency (Varanasi), UP to be held in April-May 2019, Bahadur has said in his plea.

Bahadur said he has sought a declaration that the election of the respondent (Narendra Modi) be declared as void and the order passed by the returning officer dated 1 May, 2019, rejecting his nomination be set aside.

He said the high court had failed to appreciate that the nomination letter of the appellant has been rejected by the District Election Officer by going against the intention of the legal provisions and by misusing the provisions mentioned in sections 9 and 33(3) of the Representation of the People Act, 1951.

On 9 May, 2019, the top court had rejected his plea by which he has challenged EC’s decision to reject his nomination papers from Varanasi Lok Sabha seat.

The top court had said that it does not find any grounds to entertain the plea.